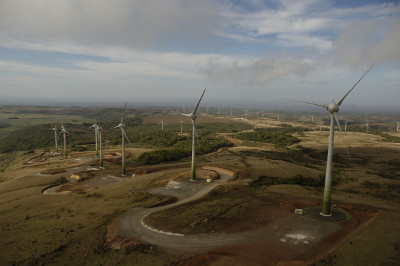 The wind farm (pictured) produces 49.5 MW and its acquisition by Celsia has been understood as a bet by the company on renewable energy sources.

The Guanacaste power plant came online in 2010 and has 55 Enercon E-44 wind turbines which produce 900 kW each.

Celsia’s purchases include thermoelectric stations totalilng 367 MW, as well as 118 MW from hydropower plants. All of the thermal power plants are located in Panama, according to renewable energy news site Energias Renovables.