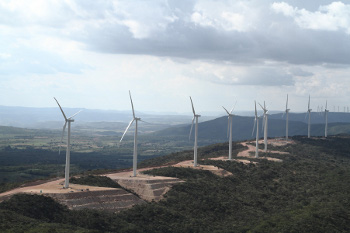 Aneel, Brazil’s energy market watchdog, has set a cost of 137 reales ($59)/MWh, an amount that Renova Energia considers too low, according to a report by the South American Business Information analysis service.

Renova Energia has important projects on the go in the state of Bahia, which will result in approximately 400 MW of wind capacity.