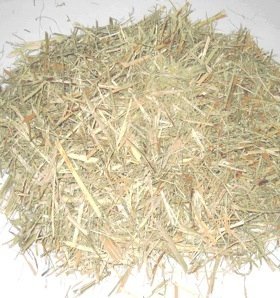 Dependence on traditional power sources such as coal or oil-fired plants is still a reality in several Latin American countries. While nations rich in natural resources place their bets on wind, solar and hydropower by stimulating investment in such projects, other must import fossil fuels to be able to generate electricity.

Fuel purchases mean a high price, and this is the case twice over: the expense is hard to pay for the importing country, and their emissions can damage the environment.

In countries like Costa Rica, the government is strongly committed to making big changes to the energy mix. In 2009 Costa Rica decided to reduce oil imports and seek alternative energy sources, including biomass.

Biomass-fired plants used to use sugar cane bagasse (pictured) as fuel, as well as palm leaf and other vegetables; firewood can also be used. The combustion process results in bioethanol and biodiesel generation.

The government needs the indispensible collaboration of farmers to get these biomass projects through. Estrategia y Negocios magazine has reported that the Ministry of Agriculture and Livestock aims to create a national competitiveness commission. Among its goals, this body should aim to set guidelines for biofuel development in Costa Rica. The country’s energy authorities would help to reach that goal.

While Costa Rica lays the foundations to boost biomass as a power source, in the Dominican Republic biomass-fueled plants are already starting to work. This is particularly the case of the plant opened by the National Dominican Brewery (CND), where steam is produced as a source of heat energy. That power will be used in the beer brewing process.

The plant required an investment of $4.5m. Newspaper Hoy claimed that the station will make it possible to save up to 13,000 tonnes of carbon dioxide per year. The plant generates 12 tonnes of saturated steam per hour, which makes 600 kW of energy. Malt bagasse, wood and cardboard are used as fuels in the process to produce electricity. This station is one of the first in the world to use malt bagasse as a fuel.

Mexico is another country very much aware of the benefits that biomass could offer for energy production. Manuel Enríquez Poy, technical director of Mexico’s Association of Sugar Technicians, has encouraged the country’s sugar producers to bet on biomass-fired power projects. According to  Enríquez Poy, the country over produces sugar for food consumption. Demand will inevitably drop, he says, and this fact must be seized upon to transform sugar cane bagasse into electric power.

“Now it is possible to export the surpluses through launching big thermoelectric plants in sugar factories. Thus it would be seen the good of using the sugar cane bagasse”, Enríquez Poy told the Imagen del Golfo news agency.

However, he lamented the lack of research projects in the country towards producing energy in its diverse forms. Enríquez Poy explained that sugar cane bagasse’s gasification can produce “synthesis gas”, which can be used as a fuel in power generation. Its potential is small today because of sugar factories’ lack of technological progress.

But in neighbouring Guatemala there is major awareness about the possibility of using biomass as a power source. Guatemalan newspaper El Periódico published a public tender recently held in the country, in which energy projects were awarded.

Among these projects are two biomass-fired power stations, to be operated respectively by Agroindustrial Guatemalteca and Agrogeneradora. The first of these will run a biomass plant that will be located at the Madre Tierra sugar factory, in the South of the country. That plant will add 28 MW to the Central American country’s grid, while the other will have lesser capacity as it will reach just 0.7 MW.

Sugar cane-producing countries – and there are others such as Cuba, Peru, Ecuador and Venezuela – should seriously consider the use of sugar cane bagasse for energy purposes.