Ontario Power Generation has awarded frequent contracting partner SNC-Lavalin with work on the second phase of redevelopment and repowering of the Calabogie Generating Station.

SNC-Lavalin will work with joint venture partner M. Sullivan & Son in rebuilding one of the utility’s oldest hydroelectric power stations.

Calabogie was damaged by a tornado two years ago and was already nearing the end of its operational life.

The contract is worth more than $100 million, with work beginning this month and taking two years to complete. The scope of the work includes decommissioning of the existing 5MW powerhouse, excavation of the forebay and tailrace, then constructing a new two-unit powerhouse with capacity reaching nearly 11MW.

“This award is a recognition of our long-standing expertise in the hydro power industry going back to SNC-Lavalin’s founding. It also strengthens our ongoing commitment to supporting our clients in providing clean power to their customers through sustainable solutions,” said Dale Clarke, Executive Vice-President, Infrastructure Services. “In this instance, with OPG, the redeveloped powerhouse will double the clean power generation capacity at Calabogie without impacting the existing river regime.”

The joint venture partners completed a front end engineering and design phase which helped develop the target cost of the execution phase.

The Calabogie Generation Station was built in 1917 and has produced hydropower from the Madawaska River up through this decade. Ontario Power Generation (OPG) already decided, prior to the September 2018 tornado, that rebuilding the generating station was better than trying to repair or refurbish it.

SNC-Lavalin and its subsidiaries have worked on numerous projects at other OPG facilities. Those services include engineering, machining and safety analysis at Darlington, Pickering and the Western Waste Management Facility adjacent to Bruce Power.

OPG has nearly 7,500MW of hydroelectric power capacity in its generation mix, as well as nearly 5,700MW of carbon-free nuclear and 4,800MW of gas-fired or dual-fueled power. 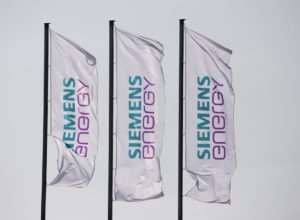