Millions of people in the US state of Texas are still without electricity and water to date as a result of the cold weather that has swept across southern US states since Sunday, according to AlJazeera.

As of Wednesday 17 Feb 2021, nearly 3.4 million energy customers in the Midwest, Texas and the South were still without electricity, AlJazeera has reported.

In Texas alone, about 560,000 homes and businesses were still without electricity on Thursday morning, down from 4 million on Monday and Tuesday, according to The Guardian.

Have you read?
Op-Ed: Fossil fuels versus renewables as global temperatures plummet
Overcoming Europe’s coal hurdle on the path to net zero

Besides the power situation, approximately 7 million people in Texas have been told to boil their water or stop using it entirely as homeowners, hospitals, and businesses grappled with broken water mains, burst pipes and power outages.

The City of Kyle in Texas asked residents to suspend water usage until further notice because of the water shortage.

“Water should only be used to sustain life at this point,” the city of 45,000 said in an advisory. “We are close to running out of water supply in Kyle.”

The power outages have also resulted in deaths as residents are now not able to warm their homes and or themselves. Residents have now shifted to burning their property in an effort to generate heat.

Some 30 deaths have so far been reported due to the cold weather. Police in Houston have reported that on Thursday a woman and a girl died from carbon monoxide poisoning after sitting in a car in a garage with the engine running to keep warm.

According to The Washington Post and the Southwest Power Pool, a group of utilities covering 14 states, the blackouts were “a last resort to preserve the reliability of the electric system as a whole”.

The wholesale price of electricity in Houston increased from $22/MWh to about $9,000.

Texas Gov. Greg Abbott has even called for leaders of the Electric Reliability Council of Texas to resign due to their failure to prepare the states’ grid network against severe weather conditions like the cold weather sweeping across the state. {Read more about this here}

Governor Abbott, said: “Far too many Texans are without power and heat for their homes as our state faces freezing temperatures and severe winter weather. This is unacceptable. Reviewing the preparations and decisions by ERCOT is an emergency item so we can get a full picture of what caused this problem and find long-term solutions. I thank my partners in the House and Senate for acting quickly on this challenge, and I will work with them to enhance Texas’ electric grid and ensure that our state never experiences power outages like this again.” 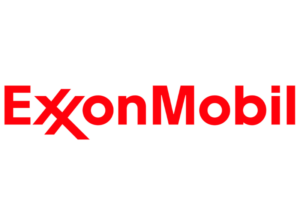