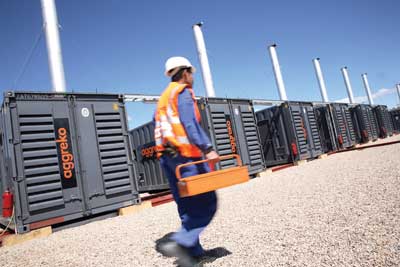 The Guinean government has opted to bring in temporary power provider, Aggreko, as a short term solution to the country’s power shortage issue.

The Glasgow-based company is to provide emergency electricity generation as state energy firm EDG wants to halt the rolling power cuts that have led to protests in the West African nation.

The six-month deal for 50 megawatts (MNW) of power, ahead of parliamentary elections due on September 24, will cost Guinea $10m and give the government more time to fix problems at its power stations.