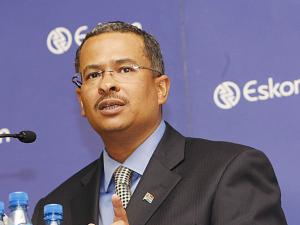 Brian Dames has resigned as chief executive of Eskom, it was announced by the company on Thursday morning.

The resignation was announced at the South African company’s interim results presentation meeting.

“Eskom will still have the benefit of his vast experience and knowledge until 31 March 2014,” chairman of the Eskom board Zola Tsotsi said in a statement.

“During this time the Eskom board and Mr Dames will work together to ensure a smooth transition to a new chief executive.

The process to find a successor was “well underway and we expect it to be concluded timeously”, Tsotsi said.

Mr Dames had been appointed to the role at Africa’s largest power producer in July 2010 and has been at the utility since 1987.