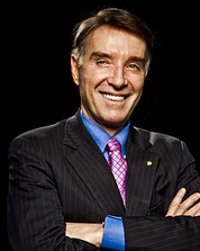 E.ON (FWB:à‚ EOAN) has rejected an offer by GDF Suez as it attempts to find potential buyers for Brazilian billionaire Eike Batista‘s stake in MPX.

Reuters reports that sources believe the GDF bid was turned down because the German utility, which holds a majority shareholding of 36 per cent, sees the French firm as a “strong competitor in other markets.”

Goldman Sachs has been hired to try to source more bidders according to local press.

Batista resigned as MPX chairman earlier this month, leading investors to speculate that he might dispose of his remaining 29 per cent stake in the company.

E.ON will change the name of the company to distance its association with Batista’s troubled Grupo EBX, whose shares tumbled more than 80 per cent this year, losing $60bn in value since peaking in 2012.