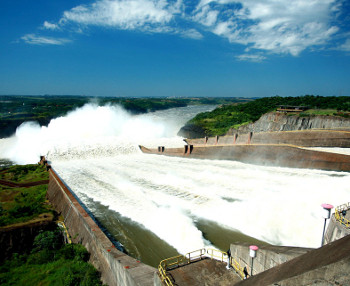 Brazil is at risk of a deficit in its energy production during peak hours and the country faces blackouts over the next decade, according to official estimates.

An official study has identified increasing chances of a deficit in energy production in peak hours, which has sparked concerns about the future.

The deficit to meet peak times could reach almost 11,000 MW in the second half of 2024, according to the Decennial Energy Plan, which guides the planning of the electricity sector in the country for 2015-2024.

This is almost the same amount that Brazil hires from the Itaipu Binacional hydropower plant (pictured), according to media reports.