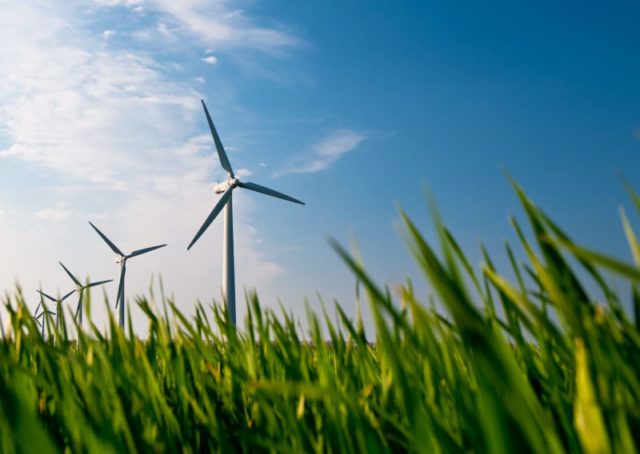 Ireland’s wind energy industry broke new records last year and a third of the country’s electricity now comes from wind, according to the annual report from the Irish Wind Energy Association.

There were 24 new wind farms connected in 2019 with a combined installed capacity of 463 MW, making it the second-best year on record for new connections. There is now more than 4,100 MW of installed wind energy capacity in the Republic of Ireland.

Key results from the annual report include:

Dr David Connolly, CEO of IWEA, said: “Wind energy in Ireland is going from strength to strength. Every year we are cutting more CO2 emissions, reducing Ireland’s dependency on imported fossil fuels and driving down the wholesale price of electricity.

“The two dozen new wind farms we connected last year will enable us to build on our success in 2019 and we have already set new records for the amount of wind energy on the system in the first two months of 2020.”

Dr Connolly went on to highlight that wind energy in Ireland has not come close to matching its potential.

Dr Connolly continued: “Our target in the Climate Action Plan is to double our installed onshore wind capacity and we are confident we have the pipeline to enable us to do so. We also have enormous offshore wind energy resources with more than 12 GW of offshore projects at some stage of development.

“With the right planning systems, on land and offshore, and the right policies there is no reason why most of Ireland’s electricity should not be coming from wind energy in the second half of this decade. That is why it is so important that the Government moves ahead to ensure the first auction in the Renewable Electricity Support Scheme, announced last week, concludes, on time, in June.

Despite strong results, there is growing industry concern about the amount of wind energy lost every year. In 2019 this amounted to more than one million MWh of electricity, just under 8 per cent of total production, and enough to power more than 200,000 homes.

This is due to a practice known as ‘Dispatch Down’ which occurs when EirGrid, as the transmission system operator, instructs a wind farm to produce less electricity or even to shut down entirely.

David Connolly said: “EirGrid is a world leader in integrating renewable energy onto the system. Together with ESB Networks they ensure we can operate the system with large volumes of renewable energy, connect new projects and maintain the stability of the grid.

“But these record levels of dispatch down mean an enormous amount of lost clean energy which must be replaced by fossil fuels.

“We need a stronger transmission system to ensure that we are not wasting electricity and, if we are to achieve our 2030 targets, and beyond them to 2040 and 2050, then we are going to need a plan to build a stronger electricity grid.”