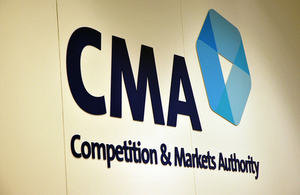 An investigation of the UK energy market has been launched by UK’s Competition and Markets Authority (CMA).

The authority said the probe will have a “broad scope”, with one focus “the opaque wholesale market for electricity”. The inquiry will look at whether energy companies can be both energy generators and retailers and is a continuation of a probe that was started by regulators last year.
The issues statement sets out the scope of the investigation. It outlines initial theories on what might be adversely affecting competition and what the resulting effects could be for customers. In an email, the authority adds that the statement does not imply that the Investigation Group has yet identified any competition concerns.

Roger Witcomb, Chair of the Energy Market Investigation Group, said: “Given the importance of energy supply to households, businesses and the economy, we very much encourage submissions on the issues we have identified and whether these cover the areas we need to investigate.

“We are looking to identify the underlying causes, at both wholesale and retail level, which could be leading to the widespread concerns that have surrounded this market in recent years – including rising energy bills, service quality, profitability and uncertainty over future investment. This is a market which is very complex so it is important at an early stage to focus the investigation on the most relevant issues.”

UK regulator Ofgem announced its decision to refer last month and the CMA is now carrying out its own comprehensive, independent investigation to see if there are any features of this market which prevent, restrict or distort competition and, if so, what action might be taken to remedy them.

The CMA is required to publish its final report by 25 December 2015 and has set out a timetable for the various stages of the investigation.