25 April, 2002 – The recent growth of Sweden’s state-owned power group Vattenfall is good for owner and customers, attendees at its AGM were told today.

“Vattenfall has established a strong market position in northern Europe. We have been able to combine dramatic growth with a major increase in profits. Such profitable growth makes Vattenfall stronger, which is to the benefit of both the owner, that is the State, and the customers,” said Vattenfall’s President and CEO, Lars G Josefsson.

The Chairman of the Board of Vattenfall, Dag Klackenberg, said that the preconditions governing the electricity market and the electricity industry changed radically in the 1990s. Electricity companies now compete on an increasingly open international market.

Vattenfall is the only remaining large, independent, Swedish power company, the rest have been acquired by foreign interests.

“It is now ten years since Vattenfall became a limited company, and I note with pride that Vattenfall has lived up to and fulfilled the expectations of its owner,” he said.

In a European perspective, Vattenfall is now the fifth largest generator and easily the largest district heating company. In the German market, Vattenfall is the third largest electricity company.

Five new Board members were appointed at the AGM.

Jan Grönlund and Kent Ögren, who were previously deputy members, were appointed as full members of the Board.

Elisabet Salander Björklund, who was born in 1958, holds an M.Sc. in Forestry and is a Director of Stora Enso Timber Oy Ltd. She is a member of several other boards, including those of Clas Ohlson AB, the Swedish Wood Association, Dalarna University College, Stora Enso AB and the National Road Administration.

Peter Lindell, who was born in 1972, has a background as an economist and journalist. He is an expert at the Ministry of Industry.

Christer Bådholm, who was born in 1943, is Executive Chairman Total Transit Systems for Bombardier Transportation Europe. He has a background in NCC, ABB and Daimler Chrysler. 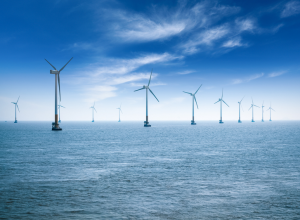