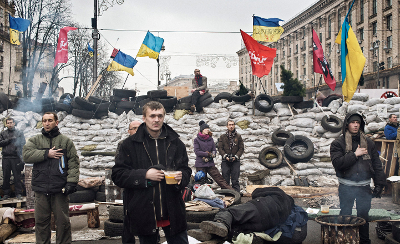 The difficulties associated with the ongoing crisis in the Ukraine have had a severe impact on the country’s finances, which has filtered down to the country’s district energy schemes.

The FT reports that the Kiev government out of funding and foreign exchange reserves likely to have tanked to as low as $12bn by late February.

The newspaper goes into greater detail, telling how, “with no access to foreign markets, and domestic banks under intense liquidity pressure, the central bank has become the sole financier of the government. Broader payments discipline has deteriorated, too, especially among regional district heating companies, forcing the state-owned natural gas distributor Naftogaz to threaten to cut natural gas supply to some utilities.”
Just at the end of last month COSPP covered a story on how “a loan of €20 million from the European Bank for Reconstruction and Development (EBRD) and a grant of €5 million from the Eastern Europe Energy Efficiency and Environment Partnership were being used to finance major upgrades to the district heating network in the city of Luhansk, Ukraine.”

However while this funding may well have reached its target it remains to be seen how the rest of the country’s heating network infrastructure will fare in the current uncertain climate.

There are still doubts about who, if anyone, will provide the financial assistance Ukraine needs to maintain its economy and energy sector. But the changing political situation has been followed by tentative signs that Europe, the United States and the International Monetary Fund may be willing to provide financial assistance.

The country’s finance ministry has said that $35bn will be needed over the next two years.