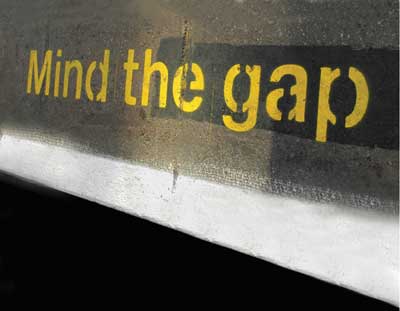 Britain doesn’t have the ‘time, resources nor skilled staff’ to plug energy gap

The UK government is leading Britain into “an electricity supply crisis” because of recent energy policy decisions.

That’s the damning verdict of a report issued today by the UK’s Institution of Mechanical Engineers.

er plants by 2025, combined with the retirement of most of the UK’s ageing nuclear fleet and growing electricity demand, will leave the country facing a 40-55 per cent electricity supply gap.

At the end of last year the government said it would plug the energy gap created by the coal plant closures by creating a new fleet of combined cycle gas turbine (CCGT) plants, but this is slammed as unrealistic by the IMechE.

The report states that such a Plan B would mean building about 30 new CCGT plants in less than 10 years, and points out that the UK has built just four such plants in the last decade and also closed one.

“The country has neither the resources nor enough people with the right skills to build this many power stations in time,” the report warns. “It is already too late for any other nuclear reactors to be planned and built by the coal ‘shut-off’ target of 2025, other than Hinkley Point C.”

The report also claims that a greater reliance on interconnectors to import electricity from Europe and Scandinavia is likely to lead to higher electricity costs and less energy security.

The study states that “recent changes in energy policy show that there is a worrying move away from the top priorities in the energy hierarchy. It remains crucial that we still look to energy demand reduction and energy efficiency as our main tools to address the challenges of UK energy supply.

Dr Jenifer Baxter, Head of Energy and Environment at the IMechE said: “The UK is facing an electricity supply crisis. As the UK population rises and with the greater use of electricity use in transport and heating, it looks almost certain that electricity demand is going to rise.”

She said that “with little or no focus on reducing electricity demand, the retirement of the majority of the country’s ageing nuclear fleet, recent proposals to phase out coal-fired power by 2025 and the cut in renewable energy subsidies, the UK is on course to produce even less electricity than it does at the moment”.

“We cannot rely on CCGTs alone to plug this gap, as we have neither the time, resources nor enough people with the right skills to build sufficient power plants. Electricity imports will put the UK’s electricity supply at the mercy of the markets, weather and politics of other countries, making electricity less secure and less affordable.”

Dr Baxter said that currently “there are insufficient incentives for companies to invest in any sort of electricity infrastructure or innovation, and worryingly, even the government’s own energy calculator does not allow for the scenarios that new energy policy points towards. Under current policy, it is almost impossible for UK electricity demand to be met by 2025.”

She said that the government “needs to take urgent action to work with industry to create a clear pathway with timeframes and milestones for new electricity infrastructure to be built including fossil fuel plants, nuclear power, energy storage and combined heat and power. With CCS now out of the picture, new low carbon innovations must be supported over the course of the next 10 years.

“We need to ensure we have the right skills and knowledge in place to enable this key infrastructure to be built. The UK Infrastructure Commission must also take urgent action to prioritise greater energy efficiency by industry and clarify financial incentives for research and development of renewables, energy storage and combined heat and power.”

In response to the IMechE report, David Cockshott, chief commercial officer at business energy consultancy Inenco said: “For a decade, the UK has talked about the need to balance the triad of cost, carbon and continuity of supply, yet increasingly UK energy policy seems to be lurching from one point of the triad to another, with little regard for the consequences of disjointed decisions.

“The stability and certainty needed to secure investment and deliver a secure, balanced mix of energy generation is lacking – as seen by last summer’s decision to dramatically alter support mechanisms for renewables which drastically undermined investor confidence. As the Institute of Mechanical Engineers report makes clear, without decisive action now, British businesses and consumers will suffer in the future from potential blackouts and crippling price hikes. It has never been more important to prioritise investment in UK energy for the future health of our economy.”

UK government attacked for short-termism for treatment of CCS