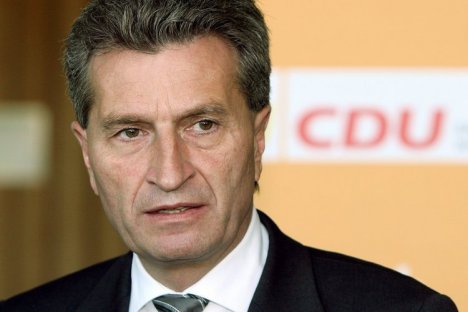 The UK is looking at potential fines of up to a quarter of a million pounds a day, or $393,000, for failing to implement EU internal market rules in Northern Ireland.

The rules in question are to do with separating energy production and supply and simplifying third party access to private networks.

“Delays in implementation of the EU Internal Energy Market rules have negative effects on all players and are therefore not acceptable,” said EU’s Energy Commissioner Gunther Oettinger.

The European Commission has referred the UK to the Court of Justice of the European Union (EU) for failing to meet a March 2011 deadline to transpose the directives into national law. The directives do not yet apply in Northern Ireland but are in force throughout the rest of the UK.

The Department of Energy and Climate Change (DECC) said EU rules would be implemented in Northern Ireland by April this year.

The Commission has recommended that the UK be subject to a daily penalty of £127,000 for each directive from the day of the court’s judgment until each directive is fully transposed. The suggested penalty reflects the “duration and gravity” of the infringement.

The court could order a different penalty.

In a statement to Power Engineering International (PEi) the UK Department of Energy and Climate Change expressed its disappointment with the punitive action being taken at European level.

“The UK is very supportive of the Single Energy Market, which brings benefits to consumers and business across the EU.  It is regrettable that a fine has been proposed by the Commission at this stage given the significant work completed in the UK in relation to these Directives with the remainder due to be completed by April 2013.”