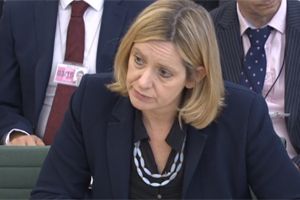 The UK’s energy secretary, Amber Rudd, has warned of extremely negative consequences for the country’s energy market and security if the public gets behind a vote to leave the European Union.

With the referendum three months away, negative rhetoric surrounding the realities of staying or going is the subject of heavy coverage in the UK press, but Rudd has denied her statement at a speech in Kent is simply scaremongering.

She told the audience the UK faces an “electric shock” outside the EU, pointing to research from consultant Vivid Economics, commissioned by the National Grid, suggesting energy costs could increase by à‚£500m a year. She also claimed Brexit would place the country more at risk of Russian “hijacking” outside the EU.

Rudd says that EU membership has kept household energy bills down, providing access to cheap electricity from the continent and facilitating billions of pounds of investment in the UK’s energy network and supply chain.

“Does anybody really think all of that investment would continue if we left the EU and with no extra costs,” she said, adding that departure from Europe is “very likely to be negative”.

She also warned of the prospect of being compromised by potential Russian interference in the UK’s energy security.

“We have seen how countries such as Putin’s Russia use their gas supplies as a tool of foreign policy, threatening to cut off supplies or drastically increase prices.”

“We can’t let our energy be hijacked as a political pawn to bring Europe to its knees…As a bloc of 500 million people, we have the power to force Putin’s hand.”