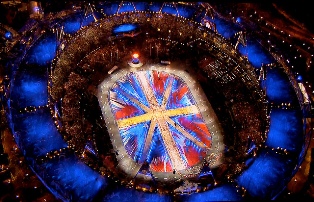 A “quiet energy revolution” has taken place in the UK, where private sector investment in the energy sector hit £11.6bn ($18.5bn) last year – more than was put into transport and more than the public sector pumped into education.

This is one of the findings of a report published today by consultants at EY, which also found that the British energy industry now supports one in every 45 jobs in the UK.

But the report also cautions that the energy debate in the UK has become “skewed and politicised”, and warns that this must change if significant investment is to continue.

The report, called Powering the UK 2013, number-crunches not just investment in Britain but also the energy industry’s contribution to the UK in terms of percentage of GDP and number of employees.

And it concludes that in the year that London hosted the Olympic Games, the total energy investment in the country was enough to build 20 Olympic stadiums.

The study would appear to contradict claims that investment in the energy arm of UK plc has been damaged by the introduction in 2010 of the government’s Electricity Market Reform – a set of proposals to overhaul the British energy market and stimulate investment.

Tony Ward, head of power and utilities at EY, said that in recent years the UK energy sector has “consistently delivered higher levels of both investment and employment across the country”.

He added that in 2012, energy investment levels had not “lost momentum, despite the slow progress towards a reformed energy policy. Private sector investment in the energy sector increased by £1.6bn compared to 2011 and the sector now supports 1 in 45 jobs in the UK.”

However, with energy – and particularly the rising price of energy bills – currently a hot political topic in the UK, Ward cautions that “more needs to be done to secure the UK’s future energy supplies and to achieve a successful transition to a low carbon economy”.

“To continue delivering the quiet energy revolution that has already been taking place, certainty, stability and trust at a customer level are all necessary.”

Ward added: “The last two years have seen growing public awareness around major issues such as energy affordability, policy costs and the role of low carbon energy, however the debate has become skewed and politicised.

“At the same time as needing to deliver the policy and regulatory clarity necessary to unlock long term discretionary investment, we must also have an open, balanced and honest debate on all these issues on behalf of the future generation of energy users.”

The report found that last year the energy sector directly contributed £24bn to the UK economy, up from £21bn in 2011, and a further £78bn indirectly through supply chain activities.

EY states that the sector contributes around 3 per cent of the UK’s GDP and is also “one of the most productive sectors in the economy as indicated by gross value added per direct employee”.

It explains that “a key reason for the productivity observed is the high level of capital investment in the energy sector compared to other sectors of the UK economy”.

According to the report – which was prepared by EY for trade group EnergyUK – in 2012 the UK government’s coffers were boosted by £3bn in tax revenues from the energy industry: £1.2bn in corporation tax; £760m and £460m in income tax and employee National Insurance respectively; and £530m via employer National Insurance Contributions.

In 2012 the sector employed around 125,000 people directly and supported an estimated additional 539,000 jobs through supply chain activities.