A recent poll, conducted by Gallup on a sample of more than 1000 adults in the United States, found that 62 per cent of respondents supported the use of nuclear power.

This in itself is not surprising since the majority of Americans have favoured the use of nuclear power to provide electricity since Gallup began asking about this topic back in 1994. Further, nuclear is responsible for a healthy 20 per cent of the US’ power generation mix, and traditionally, unlike its European cousins, American citizens appear to be less squeamish about the potential dangers of nuclear power.

What is surprising however is that this 62 per cent marks an all-time high. In addition, 28 per cent now said they “strongly favour” nuclear power, which is also the highest Gallup has measured since it first asked that question more than 15 years ago.

It is debatable whether President Obama’s announcement of federal government loan guarantees of $8 million to build the first nuclear power plants in the country in three decades influenced the subsequent Gallup poll, but there are signs of resurgence in the US nuclear power industry. Could the so-called ‘nuclear renaissance’ in Europe have made its way across the pond?

Whether this is the case or not, nuclear power continues to suffer from two Achilles heels. Firstly, building a nuclear power station is an expensive business, with figures of between $5-10 billion for a 1000-1700 MW reactor routinely quoted, and secondly the management of the radioactive waste produced as part of the fission process. Until those two issues are resolved it is hard to see lots of nuclear power plants popping up all over the place despite the ever growing pressure to decarbonize the world’s electricity sector.

In February however, the Wall Street Journal reported on a new type of reactor designed to address both the cost and the waste issue.

Described as a contender to reshape the US’ nuclear power industry, what makes the new reactor design different is its size – smaller than a rail car with an estimated price tag that is a fraction of a big power plant. Called mPower, the reactor has been designed by McDermott International Incorporated’s Babcock & Wilcox subsidiary, and is anticipated to cost in the region of $750 million.

With the demise of the controversial Yucca Mountain nuclear waste dump project, where the US disposes of its radioactive waste from a reawakened nuclear power sector is uncertain. Again the mPower reactor design is said to address this by enabling the storage of its waste on-site for its entire life-span, estimated at 60 years.

Before we all get carried away I should point out that no mPower reactors have been sold yet, but importantly three large US utilities – Tennessee Valley Authority, First Energy Corporation and Oglethorpe Power Corporation – have signed an agreement committing themselves to gaining approval for the commercial use in the US for the reactor. This is a crucial first step towards getting the reactor design certified by the Nuclear Regulatory Commission.

At between 125-140 MW, a single Babcock & Wilcox reactor can only generate around a tenth of the output of the more traditional large-scale reactor, but this may well work in its favour. There is concern amongst investors that nuclear reactors have grown too big to be economically viable propositions. In contract the mPower reactor is expected to be quicker to manufacture and easily installed at dozens of existing nuclear sites or even used to replace coal fired power plants that may become obsolete via emission restrictions

The development of the mPower reactor is certainly a significant milestone and may herald a move away from the traditional large 1000 MW reactor design. More importantly, it could finally mean nuclear power is able to compete on an economic basis with fossil fuel fired power plants.

It’s a case of watch this space. 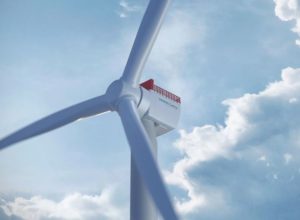