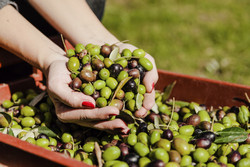 The centre of the olive oil industry in Spain and indeed worldwide is Andalusia where Cordis have built a pilot plant capable of converting toxic olive waste to energy, more specifically into electricity and heat.

The BIOGAS2PEM-FC project, which was funded by the European Union (EU), is now fully completed and the hope is that it will facilitate sustainable and agricultural production in a region of Spain where olive oil is vital to the economy.

The plant that was built is a subsystem containing three parts, with the main part being an anaerobic digestion reaction. The waste to energy plant generates electricity and heat for the olive mill.

It is approximated that as much as 30 million cubic meters of wastewater is produced by the average olive oil plant throughout the busiest production time of the year and this wastewater can be utilized to create biogas.