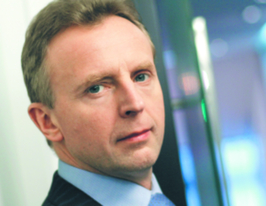 The vice-president of RWE Poland has dismissed worries that the company was to withdraw from the Polish energy market.

In an interview with Rzeczpolita magazine, Janusz Moroz said the company’s Polish base was ideally placed to compete for International tenders for energy and gas.
Moroz poured cold water on the question of whether RWE would follow Sweden’s Vattenfall out of the country, saying: “RWE never had plans to withdraw from the Polish market. This market is very important for the company, even from a strategic view. A few years ago, the group created a structure RWE East, uniting the countries of our region with the greatest potential for growth.

“These include Turkey, the Czech Republic and Slovakia. RWE in Poland can achieve a lot both in energy and gas markets, especially when our country is at an early stage of liberalization.”

“In the next few years there are likely to occur international tenders for the supply of energy or gas. This is an excellent opportunity for Poland.”

Meanwhile the management board of RWE in Germany has agreed to a total pay cut of 500,000 euros ($688,000) this year because the business is in difficulties, the company said on Tuesday.

“The company is in a very difficult situation. It goes without saying that we wish to make our contribution too,” said chief executive Peter Terium.

He and the other three executive board members would together forego a total of 500,000 euros.

Terium, finance chief Bernhard Guenther and deputy board chief Rolf Martin Schmitz earned a total 4.4 million euros in 2012, the last year for which data are available. The fourth member, Uwe Tigges, joined the board in January 2013 .

The company’s fossil fuel activities are making losses and it has had to shed jobs as the transition to renewable energy continues to impact.