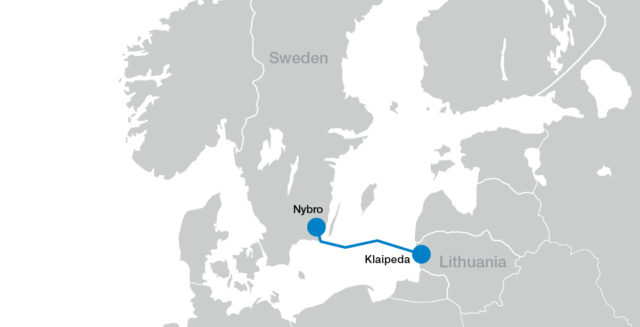 The Swedish and Lithuanian governments have registered protests with Moscow over what they say is disruptive behaviour by Russian naval ships in the Baltic Sea, which is frustrating efforts to lay the Nordbalt power cable.

The 450 kilometre high-voltage direct current 700 MW cable is scheduled for commissioning in December and expected to cost EUR580m. EUR175m is provided by the European Commission.
Both countries maintain that cable laying has been disrupted four times in recent months, according to Swedish press reports.

Lithuania released a statement accusing Russia of “attempts to interfere” with the construction of the cable, and saying Russia’s excuse was that it was a “protection of their military exercise zones”.

The cable runs from Klaipeda in Lithuania to Nybro on Sweden’s east coast and its purpose is to improve Lithuanian and Scandinavian trading on electricity markets, and to increase the security of power supply to both the Nordics and Lithuania.