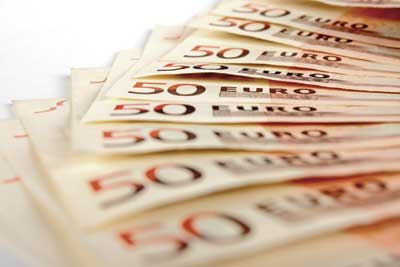 Almost 100 per cent of energy leaders surveyed for a new report believe that future European power generation is at risk because vital investment will not materialise.

In the survey by trade association Eurelectric, 44 out of 45 bosses said the €1 trillion investment by 2020 that the International Energy Agency says is essential will not occur because of volatile national and European regulation.

Eurelectric secretary-general Hans ten Berge said the results of the study “paint a deeply troubling picture of the current state of power sector investments in Europe”.

“While it is true that this trend is not the same across all of Europe, business leaders overwhelmingly feel that a poor investment climate is leaving them trapped in a vicious circle in which changing regulation decreases the attractiveness of utilities,” he said. “This deters investment and leads to yet more volatile regulation, as policymakers desperately try to ensure that the necessary investment takes place.”

Other reasons highlighted by the report – called Powering Investments: Challenges for the Liberalised Electricity Sector – for the troubled investment climate include higher borrowing costs as a result of the sovereign debt crisis, continued distortions in wholesale and retail energy markets, and various national ad-hoc taxes on utilities.

Eurelectric states that the biggest obstacles to investment could be overcome if policymakers provide greater policy consistency and prioritise long-term strategic thinking over short-term interventionism, the report concludes.

David Porter, who chaired the group that produced the report, said: “There is a converging view that energy companies, together with pension funds or private equity firms, would be able to raise the necessary funds if a sound framework was set.

“Utilities have traditionally been regarded by investors as a ‘safe bet’, but although they now manage their business risks very well, the political and regulatory risks that they face are often unmanageable and investors can see this. European and national policymakers should try to restore stability through improved consistency and coordination.”

Eurelectric is calling on governments to rapidly implement EU legislation towards completing an integrated European energy market and believes that the European Commission should encourage greater alignment between EU and national energy policies. “Instead of adopting an interventionist targets for everything approach, policymakers should set a broad framework that allows the market to work, thereby encouraging those investments that make the most economic sense and reducing the costs of the low-carbon energy transition,” it states.