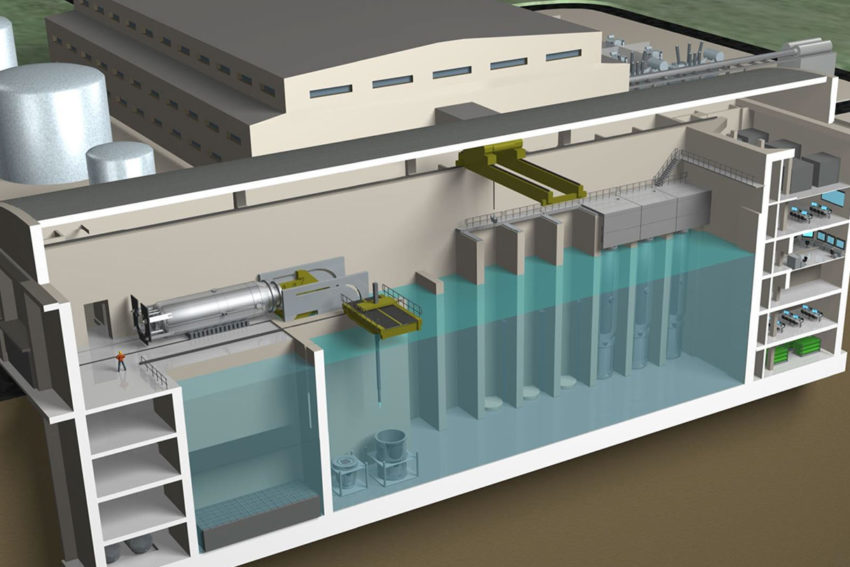 “NuScale is pleased to announce this relationship with the SSTC NRS to bring our advanced SMR technology to Ukraine,” said John Hopkins, NuScale Power CEO. “The SSTC NRS is an experienced and well-respected scientific and technical support organization that will provide great insight into the best ways that NuScale’s technology can be incorporated intoà‚ Ukraine’s energy future.”

The SSTC NRS serves as a key advisor to the SNRIU in the review and approval of new nuclear technologies. The SSTC NRS also provides technical advice and independent assessment for the SNRIU to verify compliance with the rules, regulations, and standards of nuclear safety, and conduct data analysis and reporting on the safety of nuclear energy.

“This MOU will advance knowledge about how SMR technology can serve the energy needs of Ukraine,” said Shevchenko, director at SSTC NRS. “The results of the evaluation will be integral to the licensing process for SMRs and the future deployment of NuScale’s technology in Ukraine.”

NuScale Power is moving forward on final design and eventual production and operation at its first U.S-based SMR plant sometime later this decade. Late last year, the U.S. Nuclear Regulatory Commission announced it was entering theà‚ last phases of review and approvalà‚ for the NuScale SMR construction and operations.

The company also has signed MOUs with Canada, Jordan, the Czech Republic and Romania.

Nuclear energy accounts for nearly 20 percent of the U.S. electricity mix and emits no carbon dioxide. Numerous U.S. energy experts, including former Energy Secretaries Ernest Moniz and Rick Perry, have said that nuclear is key to power grid resiliency and meeting carbon reduction goals. Perry will be one of the keynote speakers at POWERGEN International happening December 8-10 in Orlando.

Yet conventionally large nuclear power plants are prohibitively expensive to build and face extensive regulatory, financial and timeline hurdles. Georgia Power’s work on the Vogtle Units 3 and 4 are the only nuclear reactor additions going on in the U.S.

NuScale’s SMR design focuses on several key distinctions from past reactor design: it is 65 feet tall by nine feet in diameter and cooled by a water-filled pool built below ground grade and using the principles of buoyancy-driven natural circulation instead of pumps.

The reactor would only use 1/20th of the fuel compared to a large reactor, theoretically limiting damage in the case of an event. NuScale also uses its proprietary digital instrumentation and controls.

Utah Associated Municipal Power Systems is planning to use NuScale’s technologies in building a 12-module SMR plant in Idaho. The UAMPS facility is expected to be operational by the mid-2020s.

Nuclear energy will be part of the content offered in Lower Carbon in Thermal Generation at POWERGEN International. The POWERGEN 2020 call for abstracts is now open to submit session ideas.