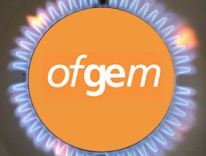 In a move designed to open up competition in the sector, the six ” British Gas, EDF, E.ON, npower, SSE and Scottish Power ” will from 31 March have to trade fairly with independent suppliers in the wholesale market or face hefty financial penalties.

The six will also have to publish the price at which they will trade wholesale power up to two years in advance, with these prices published daily in two one-hour windows.

Ofgem says this will give “independent suppliers and generators the opportunity and products they need to trade and compete effectively”.

Ofgem chief executive Andrew Wright said the new rules were a sign that “we are breaking down barriers to competition for new entrant suppliers”.

He said the new rules were also designed to “ensure that information on revenues, costs and profits of the largest energy suppliers is as clear as possible”.

UK Energy Secretary Ed Davey said the moves were “a significant and welcome toughening up of competition in electricity markets”.

“By making these wholesale prices more transparent, it will help reveal how the Big Six energy companies are trading, and make it easier for new competition to challenge their business model.”à‚