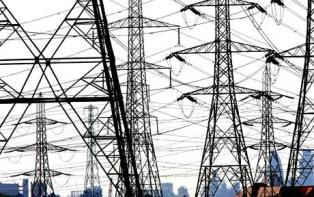 UK energy regulator Ofgem has come under fire for allowing a “lack of transparency about energy company profits” to thrive among Britain‘s major power generators.

The criticism comes in a report out today from parliament’s Energy and Climate Change Committee, which has long slammed the UK’s so-called ‘Big Six’ power firms for producing opaque bills.

The six ” British Gas, EDF, E.ON, npower, Scottish Power and SSE ” control more than 90 per cent of the UK power market and have been on the receiving end of public and parliamentary heat in recent years over pushing up consumer costs.

On the back of the report’s release today, the committee’s vice-chairman Sir Robert Smith said: “At a time when many people are struggling with the rising costs of energy, consumers need reassurance that the profits being made by the Big Six are not excessive.

“Unfortunately, the complex vertically-integrated structure of these companies means that working out exactly how their profits are made requires forensic accountants.”

The report states that the six energy companies have “several different arms ” generating, trading and supplying energy ” that sometimes sell energy and services to other parts of the same company”.

à‚ “When reporting their overall profits they include all these different business arms, making it difficult to determine the precise profits of the energy supply side of the business and how this impacts upon energy prices.à‚ Greater transparency is urgently needed to reassure consumers that high energy prices are not fuelling excessive profits.”

The criticism of energy companies profits ” how they make them and how they display them ” is nothing new: indeed, organisations of their size and complexity will always be targets for accusations that they could do better.

However the level of unhappiness within the energy committee at Ofgem has rarely been so strong. Sir Robert said the regulator need to “shine a brighter light on the internal structure of these big companies”.

The report accuses Ofgem of “failing consumers by not taking all possible steps to improve openness and increase competition in the energy market” and brands the regulator as having a “light touch approach” and being “unwilling to use the teeth it has”.

Committee member John Robertson said: “Ofgem needs to use its teeth a bit more and force the energy companies to do everything they can to prove that they are squeaky clean when it comes to making and reporting their profits.”

UK trade union the GMB, which represents many workers in the power industry, has called for OFGEM to be scrapped and for the government to take over as regulator.

“It is clear OFGEM have been a miserable failure in terms of looking after the interests of customers,” said Gary Smith, the GMB’s national secretary for energy.

He said the energy committee report showed that “OFGEM must go and a different regulatory framework be put in place”.

“It is clear OFGEM has been a miserable failure in terms of looking after the interests of customers. But given its failings the answer isn’t to give it more responsibility but to scrap it. The government itself should take over as the regulator and be accountable to parliament for that role.”

Sarah Harrison, senior partner at Ofgem, rejected accusations that the regulator was slow and unambitious.

“Our goal is to protect customers and the main tool we have got to do that with, in respect of the retail and wholesale markets, is competition.”

However she said that competition in the market was not working. In the retail market she said Ofgem wanted simpler, fewer tariffs and in the wholesale market she said “we need to see a better deal for smaller independent suppliers and independent generators”.

And she said “the ball was in the energy companies’ court” to get behind these reforms which have already been drawn up by Ofgem but which so far, she said, had been ignored by the ‘Big Six’.

Ofgem’s senior partner for markets, Rachel Fletcher, welcomed the energy committee report and said the regulator would “consider and respond to its findings as part of our ongoing work to ensure that companies’ statements are clear and accurate”.

“We agree with the committee that suppliers have been poor at communicating with their customers.”

“On the retail side Ofgem is pursuing reforms which will empower consumers by providing much clearer information about energy, making tariffs simpler and ensuring that consumers receive fair treatment from suppliers.

“On the wholesale market Ofgem is proposing to force firms to publish prices two years in advance. This is all part of our drive to increase competition and make the energy market work for consumers.”

Angela Knight, chief executive of Energy UK, which represents power firms, rejected the figure of 20 per cent wholesale profits, and added that “profit is a good thing and a very important thing because of the huge amount of investment that needs to be made in this country”.