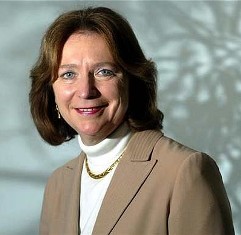 Angela Knight, the outgoing chief executive of EnergyUK , said yesterday that she had “yet to meet a member of Parliament who knew what they were voting for when they voted on energy policy”.

EnergyUK is the trade body and lobby group for the British gas and electricity industry and Knight has been its figurehead for two years but announced in September that she was steeping down at the end of this year to pursue “interests in non-executive roles”.

In a frank and rather demob-happy speech at EnergyLive2014 in London, Knight said policies around energy in Britain were now characterised by “anything-you-can-do-I-can-do-better” politics.

She did however say that UK Energy Secretary Ed Davey “understands energy” and that the Department of Energy and Climate Change, managed by Permanent Secretary Stephen Lovegrove, was now much better run than when she first took over at EnergyUK.

Knight – who has a background in engineering – said that during her time at the trade group she had learned that “the industry can do security of supply but it will never win the argument of affordability”.

And her parting advice for the energy sector was “when you talk about energy, talk about it in plain English”.