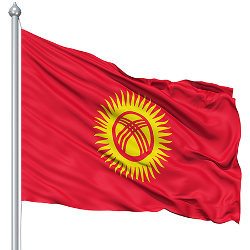 Kyrgyzstan’s government announced this week that it will “terminate the agreement unilaterally” for contracts with Czech hydro and solar PV project developer Liglass Trading to build 12 hydroelectric power plants, citing the company’s failure to make a $37m payment as part of the agreement.

According to Liglass Trading, the payment was for 50 per cent of the shares from the former Russian investor in the company, ZAO Verkhne-Narynsie GES.

During the announcement, the Kyrgyz Republic also released letters from the Czech government and presidential administration supporting Liglass’s initial bid and said the Republic would keep the $1.1m fee already paid by Liglass.

In July, the Kyrgyz Republic and Liglass Trading, based out of Zelezny Brod in the Czech Republic, signed agreements in Bishkek, Kyrgyzstan, for construction and operation of the 100 MW Akbulun hydropower plant and Naryn-1 of the proposed 237 MW Upper-Naryn cascade, according to Kyrgyzstan President Almazbek Atambayev’s office.

Under the same agreement, the company would be responsible for implementing the construction of small hydropower stations in the Kyrgyzstan Project, which includes a string of 10 smaller power generating units.

Originally, to build the plants, estimated costs were reportedly between $400m and $700m.

The Kyrgyz parliament, in January 2016, revoked a plan with Inter RAO and RusHydro containing deals worth more than $3bn that would have added over 2 GW of hydroelectric capacity and seen the companies construct the five plants in Kyrgyzstan.à‚