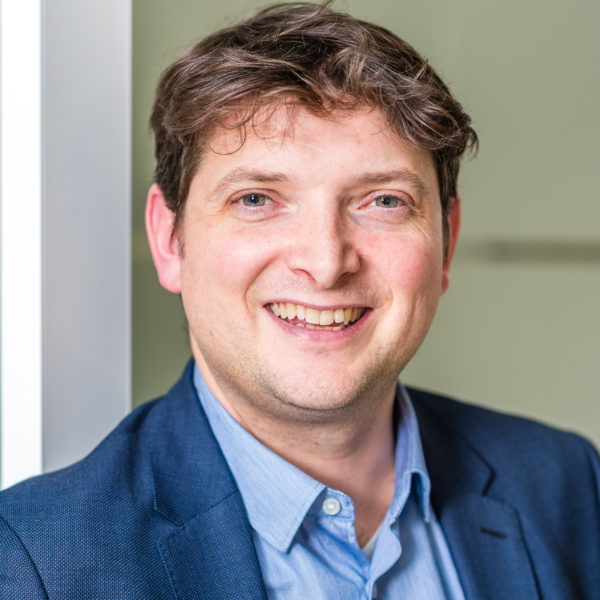 Few sectors of the European energy industry are changing as fast as the gas market.

The development of biogas, synthetic gas, hydrogen and power-to-X technologies are taking the sector into exciting and uncharted waters – and that means someone needs to navigate it through those waters and chart a course for the future.

That’s where James Watson comes in. As secretary-general of Eurogas, an association representing the wholesale, retail and distribution gas sectors, he has a seat at the highest EU institutions that deliver Europe’s energy policies.

Watson says that at EU level, there is now an understanding of the importance of gas in the energy transition – and it’s a role that goes further than simply being a stepping stone for renewables.

“Most people are now seeing that the electric dream is very difficult to realise without another factor such as gas, and so scenarios and pathways for Europe that look to 2050 and beyond all maintain gas as a relatively significant part of the future. There’s a recognition that you won’t be able to achieve full decarbonisation without a strong gas sector.”

Striving for clean energy is something in which Watson has a strong track record: he joined Eurogas in January from trade association SolarPower Europe, and Martin Herrmann, Eurogas acting president, said he was hired “thanks to his profound knowledge of the energy sector and EU affairs”.

So where does he see the intersection of gas and renewables? “The confluence comes around power to gas. We are seeing increasing levels of renewables being installed across Europe, creating a new opportunity to decarbonize gas. The big pressure for Europe is, how do you go from a fully-carbonized version of gas – which is needed for affordability and many other reasons – to be decarbonized? And one route is power to gas.”

But are the market and regulatory measures in place for gas to flourish in the way that he hopes?

“The biomethane and biogas side of things are covered quite well by the Renewable Energy Directive, but we think that things like power to gas and blue hydrogen are technologies that are not very well represented at the moment.”

However, he adds that “the good news is” that there are legislative opportunities coming up next year “which will hopefully create a framework to help bring on those technologies”.

It is these legislative opportunities that will keep Watson and his Eurogas team at their HQ in Brussels busy for this year and next. They are working hard to develop a long-term strategy for the development of energy to 2050, where naturally they want to cement the role of gas, and they are preparing for lobbying on the gas package. “That is the big part of our work,” says Watson. “We are producing a study to show pathways to 2050, examining three families of technologies: biogas; power to gas; and blue hydrogen. We are working on how much is it going to cost and how can these technologies be brought on in a big way.”

Technologies that will form the future direction of, not just gas, but the broader energy transition in Europe. Watson expects that in over the next 30 years, we will see “an increasing amount of blending, so as we produce more biomethane, this will be blended in with natural gas. As we produce more power to gas, this hydrogen will be blended in as well. And then at some point in the future we expect that the large body of natural gas will be decarbonised and become blue hydrogen.”

The fast-changing gas landscape has resulted in renewed interest in carbon capture, storage and utilization, which Watson says is a welcome return to the European energy stage for a technology that looked to have been side-lined in recent years.

“In the last couple of years things have changed again in the favour of CCS, partly because of the necessity of it, and partly because there have been small steps moving forward.

“The European Commission brought out its various scenarios for 2050 and CCS is prominently featured in all of them. The Commission has started to accept that they won’t be able to do everything they want just on renewable electricity – they will need to have some degree of gas, particularly for industry, so CCS is back in vogue. People are talking about it again – but also if you look at its technological developments, people are seeing that there is progress going forward.”

‘Progress going forward’ is a term to could be applied to almost any part of the European gas sector, however there are particularly exciting developments taking place among the large energy users in the commercial and industrial space.

Watson highlights a steel mill in Sweden where biogas is replacing natural gas and adds that this is “an important step to take to show that steel mills can use biogas and still be competitive”.

He explains that “there’s a lot of pressure on the commercial and industrial side. To put it in simple terms, there are in a fight for survival. At the moment, a lot of them utilize a lot of gas, and gas today is cheap – so that makes them competitive. But they are also under a lot of pressure to decarbonize. And, of course, you can do that by using electricity, but the steel industry told me that if they have to go on a full electrification agenda to decarbonize, then they will need twice the current electricity demand of Germany – just for the steel industry.