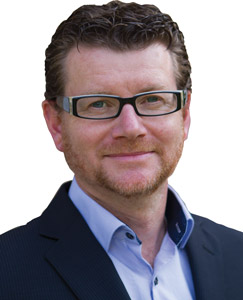 The conundrum facing the European power sector can be summed up in a quote from a recent energy conference I attended in London.

“We are sitting in a car… waiting for a roadmap,” said Stephen Woodhouse, director of Poyry Management Consulting.

And continuing the same theme, George Grant, director of Watt Power, said that “we know where we want to go – we just don’t know how to get there.”

Europe’s power sector has been left winded and reeling by a series of sucker punches from the recession, the Energiewende and numerous – and often conflicting – national energy policies.

At a time when the region needs cohesion and a Europe-wide plan, what it has ended up with is a potentially disastrous patchwork of national policies that often look no further than their own borders.

Indeed, Alexander Verduyn, of the Capacity Mechanisms Team at the EC, warned last month that there is a high risk of distortions and fragmentation from the number of different capacity mechanisms being considered in Europe.

Meanwhile, Alberto Pototschnig, director of regulator ACER, said at the London conference: “We have not got a fully functioning energy market. Millions of euros are being lost for energy consumers.”

He said that in Europe “we have a number of different mechanisms which are very diverse and are being implemented in an uncoordinated way”.

And he added that an “energy-only market should be able to deliver resource adequacy and system flexibility if it is left unhindered by policymakers. But ministers are unable to resist the temptation to intervene.”

The intervention of politicians continues to be a very sore point. Grant said: “In a bid to satisfy the energy trilemma, politicians have felt the need to intervene – they can’t resist meddling. Market intervention has destroyed the notion of an electricity wholesale market.”

He said that “without a transparent, credit-worthy wholesale electricity market, the power industry has found itself ambulance-chasing government initiatives and guarantees”.

Grant was speaking at the European Power Summit and you can read more about the debate there, on topics ranging from energy policy, market design and investment – or lack of it – in Europe, on p68.

Some years ago, it was climate change that drove the decarbonization agenda and that, in turn, has now changed the climate of the thermal power market – rendering it almost uninvestible. In Brussels last month, I heard Giuseppe Montesano, head of European Energy Policy and Analysis at Italian energy company Enel,stress that “investing in fossil fuels is too risky because of the size of the single investment and the environmental risks”.

But the thermal power market is a vital bridge to the brave new world of flexible, and largely renewable, energy. Our front cover shows a football formation of energy technologies, and thermal power forms part of the defence against blackouts should the renewable strikers fail to score their electricity goals.

In our article on p6, European electricity trade organization Eurelectric outlines its hopes for a revised and resurgent thermal sector. Niina Honkasalo argues that “thermal plants are crucial to provide inertial response or fast frequency power recovery that help stabilize the power network”, and she adds that “there are a variety of opportunities for thermal generation to make the most of its potential as a key pillar of the future energy system”.

And on p44, Dr Qian Zhu of the IEA Clean Coal Centre outlines new energy technologies which, if developed into practical systems, could ultimately have a significant impact on coal-based power generation.

Meanwhile, transmission companies continue to utilize the latest state-of-the-art technology to build the arteries of a power system that will pump electricity around Europe. From the HVDC interconnection that now runs between France and Spain (see p54) to the use of real-time data to monitor supply trends (p64), the structure is being put in place to deliver Europe’s energy ambitions.

Now we just need all the players in Europe’s 21st century power team to follow a game plan that will result in a win for themselves and consumers.