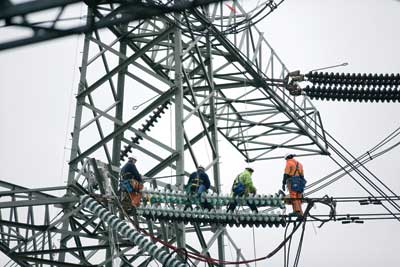 A new report by the UK’s House of Lords has slammed the British electricity market as “opaque, complicated and uncompetitive” because of “constant intervention by successive governments”.

The Lords’ Economic Affairs Committee’s report, The Price of Power: Reforming the Electricity Market, highlights what it calls two key failures in the current market.

It states there is too little spare capacity in the market, and adds that “growing concerns about the deliverability of new nuclear further puts further pressure on this margin in the longer term”.

And secondly the report says costs to consumers and businesses are rising ” “since 2003 consumer prices have risen by 58 per cent and industrial prices are the highest in Europe”.

The Economic Affairs Committee chairman Lord Hollick said: “Poorly-designed government interventions, in pursuit of decarbonisation, have put unnecessary pressure on the electricity supply and left consumers and industry paying too high a price.

“Domestic electricity bills in Britain have gone from being the second cheapest in Europe in the mid-2000s to the seventh cheapest today. Britain’s high industrial electricity prices have led some energy-intensive industries to relocate abroad. Low-carbon policies are a factor in these high prices.”

Lord Hollick said that Hinkley Point C ” EDF’s new nuclear reactor being built in Somerset, England ” is “a good example of the way policy has become unbalanced and affordability neglected. It does not provide good value for money for consumers and there are substantial risks associated with the project.”

And the committee is calling for the government to have a ‘Plan B’ in the event that Hinkley “is delayed or cannot produce the anticipated power”.

Lord Hollick added that the government “must make sure that the security of the UK’s energy supply is the priority of its energy policy. Affordability must not be neglected and decarbonisation targets should be managed flexibly.”

He said the committee would like to see the government “step back from the market and allow all generating technologies to compete against each other”. He added that the government should establish an ‘Energy Commission’ to ensure competitive auctions have independent oversight and are carefully scrutinised.

“Renewables play and will continue to play a crucial part in energy policy,” he added. “Costs have been reduced and efficiency has improved. New clean technologies must be supported to be commercially viable. A new National Energy Research Centre would also help the UK to catch other countries up in the race to find cost-effective solutions to the challenges the world faces on energy.”