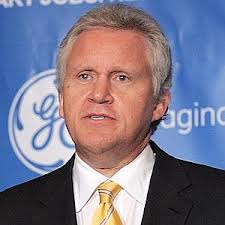 In the latest developments around GE‘s bid for Alstom‘s energy business, GE’s CEO Jeff Immelt yesterday expressed confidence that his company’s offer will be successful.à‚

Despite obstruction from the French government and an expected competing offer from Siemens, which analysts say could materialize as early as this week, Immelt said he would work constructively with France on the deal, telling an industry gathering that his firm would not have begun the bidding process “if we didn’t think we could finish”.

Meanwhile, on Tuesday Siemens wrote to Alstom requesting additional information to enable it to put together its offer. French economy minister Arnaud Montebourg, who supports an alliance with Siemens, said in Parliament that Siemens had written “to request details, deepen its knowledge of Alstom, with the aim, evidently, of developing, most likely, an offer”. No further information on what was requested was available.

“We understand [Siemens’] determination to be constant, serious and diligent,” Montebourg said. He later tweeted that Siemens had also sent a proposed “outline of an alliance” between the two firms.

A Reuters report yesterday quoted an unnamed source close to Alstom as saying the firm will not give Siemens any more information about its energy assets than it has already disclosed to GE. Reuters’ source called Siemens’ move a “negotiating tactic”, while other close sources believe Siemens could put its offer on hold until it receives further information.

Alstom has said it will decide which offer it prefers by the end of this month. The company’s CEO, Patrick Kron, has consistently leaned toward GE.