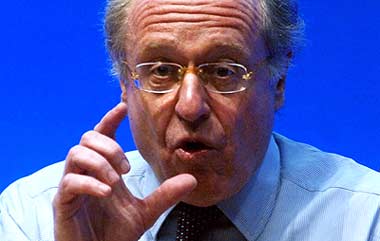 The former head of Enel in Italy has, after nine years of hearings, received a three-year jail sentence for crimes committed while presiding over the Porto Tolle coal-fired power plant.

Paolo Scaroni denies wrongdoing and said he would be appealing the decision by the Rovigo court, which found him guilty of environment-related crimes while head of the utility ten years ago.

Mr Scaroni, who ran the company between 2002 and 2005, said he had “always operated within legal standards”. He was found guilty of failing to prevent air pollution at the coal-burning plant.

The verdict casts further doubt on whether the new government will renominate Mr. Scaroni for his present job as head of oil and natural-gas company Eni SpA. His term expires in May.

Defence lawyers for Mr Scaroni noted that the court had thrown out the more serious charges of causing an environmental disaster, while ruling the power plant had been a risk.

Under the Italian justice system, court sentences may not be implemented until the appeals process is completed.

Mr Scaroni is under a separate investigation for alleged involvement in bribery related to Algerian contracts won by Eni’s subsidiary Saipem. Mr Scaroni denies the allegations and has not been charged.