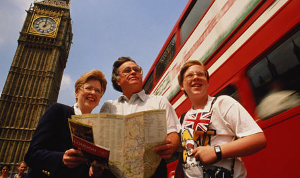 The Mayor of London has granted approval for what will be the biggest waste power plant in Europe.

The power plant, which will be powered entirely by human waste, is to be located close to CentrePoint near Tottenham Court Road.

Energy experts say the volume of human waste available from the sheer extent of tourist traffic alone made the scheme a viable one.
Hugh Ryan, spokesperson for April Flow, the main contractor for the development, told Pei,”Over 18 million tourists visit London annually, that’s a lot of human waste, and we realised that tourists waste is now just as vital to the city’s energy infrastructure as the money these people spend on their holiday here.”

April Flow is working with the Greater London Authority on the project and GLA chiefs have admitted that they are still working on how to disguise any odour by-products that may be emitted during the process of converting excrement to energy.

Sue Rage from the GLA said, “it’s a technical detail we are sure in time we will get on top of but for now I think a temporary, disagreeable smell is a small price to pay for this wonderfully economical and practical approach to heating the city.”