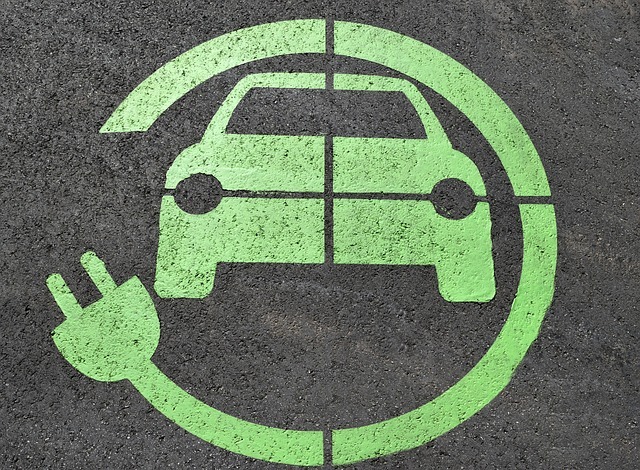 Proposed EU 2030 CO2 standards for cars and vans are soft on car makers and hard on climate, writes Henning Hader of Eurelectric

The decarbonization of European transport is a growing challenge for the EU.

Today, transport is responsible for about a quarter of EU greenhouse gas emissions and is almost exclusively dependent on oil products for fuel.

It is also the only major sector in the EU in which GHG emissions are still rising ” 16 per cent since 1990 ” with cars and vans accounting for around 75 per cent of EU transport emissions. Reversing this trend and creating a sustainable transport sector is mandatory if Europe
is to meet its commitment to the Paris Agreement.

Meanwhile, the European electricity sector has committed to become carbon-neutral well before 2050 in its new vision statement, calling for decarbonization at an accelerated pace. The transformation of the power sector is in full swing, making electricity an increasingly attractive option as an energy carrier in transport.

To achieve the needed emission cuts in transport and allow the EU to meet its Paris Agreement commitments, the electrification of road transport will have to play a crucial role.

With sales of electric vehicles increasing and battery costs falling sharply (80 per cent between 2010 and 2016), Europe holds the key to enter the era of electro-mobility. The first three quarters of 2017 saw around 40 per cent more plug-in vehicles sold across Europe compared to the same period in 2016.

But while transport emissions are on the rise, the EU’s regulatory master plan to drive and lead the global shift to electric transport is still being discussed. What is needed now is concrete and ambitious action from European policymakers to speed up the development and roll-out of zero emission vehicles including electric mobility.

If action is not taken, Europe will miss its commitments made under the Paris Agreement, as well as its global competitiveness in a key sector of our economy.

In recent months, several countries joined a growing movement to force the phase-out of vehicles that run on fossil fuels. France and the UK announced plans to ban new diesel and petrol cars by 2040; Norway confirmed its plan to phase them out by 2025, and the Netherlands by 2030.

Meanwhile, China, the world’s largest car market, announced ambitious sales targets as of 2019, having introduced a 10 per cent mandatory sales quota of low- and zero-emission vehicles for 2019, rising to 12 per cent in 2020.

This movement has triggered an avalanche of announcements from car companies about their intention to produce more EVs. The number of models is expected to grow rapidly: Volkswagen Group announced 80 new electric models by 2025; BMW will boast 12 different EVs by 2025; and new models launched by Volvo from 2018 onwards will be partially or completely battery-powered.

Considering that EVs are getting ready for mass deployment, policymakers and industry players must ensure that these technologies live up to their potential.

These industry announcements are, to a large extent, driven by vehicle manufacturers realizing that the world is going electric. In the marketing and commercial battle ahead, being a technology driver will be a must not to lag behind international development.

However, the regulatory frameworks will play a crucial role in this transition. With the Chinese electric vehicle sales quota, and a similar system promoting low- and zero-emission vehicles in California, important regions of the world are pushing manufacturers to deliver specific numbers of clean vehicles.

Meanwhile in Europe, in November last year the European Commission published its proposals for emissions standards for new cars and vans until 2030. These targets suggest a 30 per cent emission reduction compared to 2021 levels.

Unfortunately, though, they fail to include a mandate for the sales of low- and zero-emission vehicles that has proven very effective in other markets. If adopted, the Commission’s plans will certainly bring more electric vehicles onto European roads, but the lack of ambition would mean that Europe will continue to lag behind other markets such as China.

Equally importantly, the proposals lack the ambition required to reduce the European transport sector’s emissions by 60 per cent in 2050 compared to 1990 levels. This is a serious problem, as any solution to limit global warming to 2oC above pre-industrial levels requires sharp emission reductions in the transport sector.

With clean technologies for aviation and maritime transport only emerging slowly and being relatively expensive, road transport will have to deliver the major part of these emission reductions, at least in the short to medium term.

For many EU Member States, the low level of ambition in the European Commission’s proposal might prove to be a serious a problem. The emission reductions from cars and vans constitute an important contribution to their national Effort Sharing Regulation targets.

These national targets legally oblige Member States to reduce emissions from those sectors not falling under the EU’s Emissions Trading Scheme, the EU-ETS (including the transport, agriculture and building sectors).

Road transport has significant potential to reduce emissions, usually at lower costs than other sectors like agriculture and buildings. Having vehicle manufacturers produce less emitting vehicles is also one of the cheapest options for Member States to reach their emission reduction goals.

Although CO2 standards for cars are crucial, they are not the only relevant legislation for the electrification of transport. The Renewable Energy Directive, currently also under legislative review, proposes to obligate fuel suppliers (including electricity suppliers) in the transport sector to deliver a certain share of renewable fuels in their fuel mix.

Until now, this target was put on Member States, with poor results. Most Member States will not reach their target of 10 per cent renewables in transport, and those who will achieve it will do so almost exclusively with the help of first generation biofuels.

Such biofuel is produced directly from food crops and thus stands in direct competition to edible crops. While biofuel can certainly bring part of the solution going forward, electricity holds a much larger potential to scale up clean mobility.

A fuel suppliers’ obligation or target, combined with a flexible trading system where underachievers have to buy credits from overachievers, would deliver emission savings in transport fuels at the lowest cost possible. The share of electricity from renewable energy sources in Europe is already at 30 per cent today, and electricity is to play a key role in greening Europe’s transport fuels.

Eurelectric, the European electricity association, has repeatedly called on the European Commission to propose ambitious emission reduction objectives for all road transport segments for 2030, having in mind the deep decarbonization required of light road transport by 2050 at the latest. The sector has also called for the introduction of mandatory sales quotas on vehicle manufacturers in order to ensure that a proportion of their car sales stems from zero-emission vehicles.

The electricity sector has come a long way in its transformation towards low carbon generation. In 2016, 59 per cent of all the EU’s electricity was generated from carbon-free sources and this share continues to increase every year. The European power industry also announced in 2017 that it would not invest in new-build coal-fired power plants after
2020.

Allowing EV batteries to load and store sustainable electricity will, in addition, allow a higher share of renewables to be utilized. This so-called ‘smart charging’ can be done with existing technology, and in fact many EV charging point manufacturers offer smart charging points. This allows electro-mobility service providers to offer customer contracts that ensure charging is done when renewable sources generate and electricity prices are low.

Finally, clean mobility is an opportunity for the European Union and its industry to send a bold and clear signal of its commitment to the Paris Agreement. With electricity set to be decarbonized well before 2050, the sector will be a key enabler to accelerate the decarbonization of the transport sector. However, the EU needs to present a serious work plan on EV deployment for consumers and investors to be confident to step into the new age of sustainable transport.

Henning Hader is manager for energy policy, climate and sustainability at Eurelectric