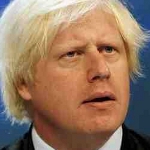 The Mayor of London, Boris Johnson, and Transport for London is to launch plans to revamp the use of London’s historic Greenwich Power Station, to generate low carbon power for London’s Tube network, and heat for local homes and buildings.

The launch is to take place on Thursday 8th of January.

The city’s authorities plan to capture waste heat from its underground Tube trains.

The Mayor, Transport for London, and representatives from the Royal Borough of Greenwich, will visit the Old Turbine Hall, where new engines will be introduced to once again help power London’s vital infrastructure.

The Mayor will also tour an original 1970s control room and put an existing emergency back-up engine through its paces as part of a regular test.