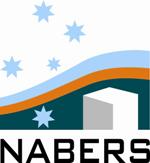 The development of a CHP Emissions and Energy Allocation Protocol or CAP is being driven by a working group established by the NABERS National Steering Committee.

In addition to the protocol (to be in place by year-end), a best practice guide in design, installation and operation of CHP systems is also in development.

Climate Control News reports that as part of this process, an Issues Paper was released last year seeking stakeholder views.

“There is currently no nationally accepted protocol in Australia for apportioning either the energy inputs or greenhouse gas emissions for generation to the thermal and electrical energy supplied by CHP systems. This means that if an energy user wants to buy some of the output of a CHP system, they cannot determine the greenhouse and energy benefits for their operations in a way that is widely accepted,” the Paper said.

“Similarly, it also makes it difficult for companies that are considering leasing or buying space in a building supplied by off-site CHP systems to establish the greenhouse footprint of the building space.”

The Committee said: “the protocol or standard would provide a long-term basis for communicating the greenhouse gas (GHG) intensity of low-emissions energy for use by industry, government and business.”

In the meantime, an interim standard was issued and is known as the Interim Methodology for the treatment of Cogeneration and Trigeneration Systems in NABERS ratings.

Consultations and workshops have been hosted by the Energy Efficiency Council (EEC), which said it will use the Issues Paper to identify best practice in designing, installing and operating CHP systems.

“This information will be used to identify gaps in guidance and potentially develop a short guide on best-practice to raise standards in the industry and help businesses that are considering CHP projects,” the EEC said.