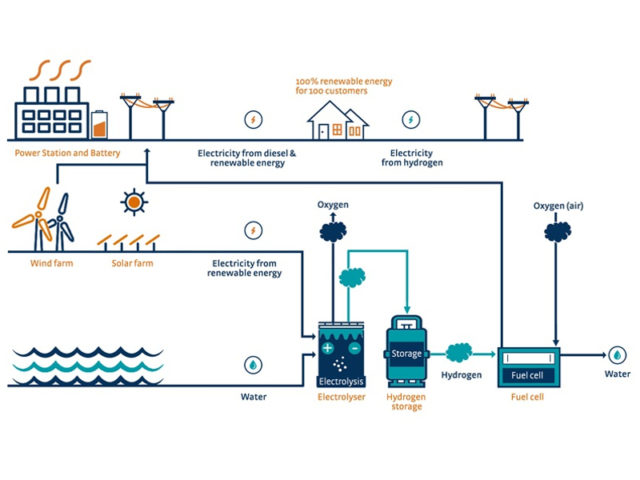 The microgrid to be constructed at the rural resort town of Denham 800km to the north of Perth is aimed to test the technical capability of hydrogen as a dispatchable power source in remote microgrids in anticipation of the technology becoming cost competitive in the future.

Horizon Power is one of Western Australia’s three state electricity enterprises with responsibility for its large rural area. As such the company has been a pioneer in the development of microgrids, with almost 40 installations over the past 15 years.

Stephanie Unwin, the CEO of Horizon Power says the Denham Hydrogen Demonstration Plant will extend the utility’s knowledge and technical capability of hydrogen operating systems and test how to integrate and deploy this technology into remote diesel microgrids, common across regional Western Australia.

“This plant will demonstrate how hydrogen can reliably produce dispatchable power for our towns currently dependent on diesel fuel power systems and allow us to transition our network away from higher emission generating sources and meet our target of no new diesel generation systems from 2025,” said Unwin.

“This technology has the potential to be an environmental game changer for many remote towns in Western Australia and other similar locations around Australia, and allow greater uptake of reliable cleaner, greener renewable energy sources in the future.”

Renewable energy will power the electrolyser, which will produce hydrogen that can be stored for later use in the fuel cell to deliver electricity.

The plant will generate 526MWh per year – sufficient to power up to 100 Denham residences – and will connect into the town’s hybrid power system.

Construction is due to start in August 2021, with commissioning expected to follow in December.