BritNed, which is currently under construction, is a high-voltage direct current (HVDC) submarine power cable between the Isle of Grain in Kent, the UK, and Maasvlakte in Rotterdam, the Netherlands. The 260-km long bipole 450 kV interconnector consists of two HVDC cables with an impressive capacity of 1000 MW.

National Grid and NLink – a subsidiary of Dutch transmission system operator TenneT – are constructing the BritNed subsea HVDC power link that aims to increase security of supply for both the UK and the Netherlands, as well as improving access for customers to participate in European power trading markets.

BritNed will connect the UK with continental and northern Europe and further integrate the UK power grid with the aims of ENTSO-E (the European Network of Transmission System Operators) that speaks for 42 TSOs across 34 European countries. Transmission system operators National Grid and TenneT have joined forces to construct the subsea link as a 50:50 joint venture. It will be however, a non-socialised (commercial) interconnector, which means that its funding and operation is based on commercial management and is separated from National Grid’s and TenneT’s regulated activities.

By operating as a commercial, open-access interconnector, BritNed will enable customers to buy capacity through a combination of implicit and explicit auctions. It is an important step towards a single energy market in northwest Europe, and will enable the UK and Netherlands’ electricity markets to operate more efficiently and respond rapidly to changing market conditions.

ABB is supplying a complete HVDC cable solution for BritNed. This includes cable system design, HVDC submarine and underground cables, cable accessories, submarine and underground cable laying, civil works, installation, testing and commissioning. The BAM Nuttall/Siemens consortium is responsible for the construction of the converter stations and for manufacturing and installing the converter equipment.

The HVDC cable is of a mass impregnated paper-insulated design manufactured by ABB’s specialized facility in Sweden. It is rated at
±450 kV DC, and features a single copper core with a cross-section of 1430 mm2, resulting in a weight of 44 kg/m. The sea cable route is
250 km in length, while the land cable route is 7 km on the Netherlands side and 2 km on the UK side.

BritNed is a bipole HVDC interconnector consisting of two high-voltage mass impregnated cables, laid in parallel and buried at least one metre beneath the bottom of the North Sea by a specialist cable-laying vessel. The subsea and land routes have been carefully planned, working in close cooperation with the relevant marine and local bodies to ensure the minimum impact on the complex sediment dynamics and seabed topography of the North Sea. Onshore cable work has been restricted to specific times of the year to protect the flora and fauna of coastal breeding grounds and species habitats.

The interconnector will transmit up to 1000 MW of power over a distance of approximately 260 km between AC/DC converter stations on the Isle of Grain in the Thames Estuary, in England, and Maasvlakte in the Netherlands. Power can be transferred in either direction to meet peak period demand – there is a one hour time difference between both countries – and to enable efficient response to market conditions such as supply/demand imbalances and price differentials.

Linking the Netherlands and UK electricity systems facilitates competition and increases the diversity of supply in both countries. The BritNed interconnector supports the European Commission’s drive to create a strong European market characterized by transparency and increased liquidity – it has been identified as a priority project within the European power sector. The new link is a step towards a single market in northwest Europe and it will open up the market and create open access for all.

BritNed intends to offer customers real choice about how they bid for capacity, ensuring that it supports the ambitions for greater transparency in the European energy markets. The link is essentially an infrastructure venture involving the construction and operation of the interconnector – BritNed will not buy or sell electricity. Power flows will be decided by companies that trade on BritNed and will be driven by factors such as the electricity demand profile in each country and the prices in each market.

Customers will have open access to the capacity of BritNed through a combination of ‘implicit’ auctions, facilitated by APX, and ‘explicit’ auctions.

Implicit auctions – also known as market coupling or ‘exchange to exchange’ – allow buyers and sellers in each country to bid for capacity on a day-ahead basis. APX has been retained to act as the implicit auction manager for BritNed and it will use the existing exchange facility in The Netherlands and the UK.

Explicit auctions allow customers to buy capacity for defined capacities, flow direction and time durations (the model currently used for the France- England, Dutch-Belgian and Dutch-German interconnectors). Although the nominal capacity of the interconnector will be 1000 MW, capacity may be offered to the market at levels above 1000 MW when technically possible. It is expected that 300 MW will be reserved for implicit auctions.

Both companies involved in BritNed own and operate existing interconnectors with other countries. TenneT recently developed the world’s longest ever subsea power link –the 580 km, 700 MW NorNed link – in partnership with Statnett in Norway. National Grid jointly owns and operates the existing England-France interconnector, It also constructed the 360-km Basslink interconnector between mainland Australia and Tasmania (commissioned in 2006 and sold in 2007 to CitySpring Infrastructure Management Pte Limited).

Construction activities on the BritNed project started in 2008, and the cable is being laid in sections over a two-year period from 2009 to 2010.

The first 29 km section, including the landing at Maasvlakte, was laid in September 2009. After completion of the interconnector, the remainder of 2010 will be used for testing and commissioning. Commercial operation is scheduled for 2011. 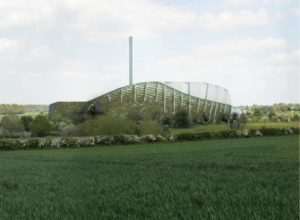