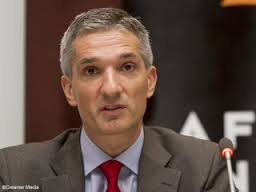 The World Energy Council (WEC) has noted that carbon capture and storage (CCS) has dropped down the list of priorities for energy sector industries over the past year.

Energy Live News reports that the WEC mentioned in its latest publication ‘2013 World Energy Issues Monitor’, energy leaders believe that until there is clarity on the price of carbon, CCS will continue to be seen as an additional cost on energy.

Dr Christoph Frei Secretary General of the WEC and author of the report said: “For me the most significant change is the way CCS is now being viewed with a clear tension between the desire of energy leaders for a climate framework and the lack of confidence in some mitigating technologies. This change in perception is of considerable concern as the success of new technologies like CCS will be critical if we are to achieve the massive transition required in the energy sector.”

The WEC emphasises that there is a particular problem for CCS technology and progress in Europe, where the low carbon price continues to disadvantage CCS as a preferable choice.

The report claims the EU efficiency directive does not provide any “ambitious” binding incentives, therefore the “achievement of final objectives is doubtful”.

The report was unveiled at the World Energy Leaders’ Summit in New Delhi, India, where more than 70 ministers and CEO’s from over 30 countries gathered to discuss the critical issues affecting the energy world.

Kelvin Ross analyses the difficulties being encountered by CCS practitioners in this week’s Inside Power Blog.