The Kyoto Clean Development Mechanism is an important method of reducing global carbon emissions, and cogeneration projects are proving to be an important part of the CDM, despite some initial difficulties about proving their ‘additionality’. Brazil, China and India are all attractive countries for CDM projects, reports Sytze Dijkstra.

The Clean Development Mechanism (CDM) is a market mechanism under the Kyoto Protocol for reducing global greenhouse gas (GHG) emissions to mitigate anthropogenic climate change. Opportunities for emission reduction are generally large in developing countries, so that cuts can be achieved at lower costs than in developed countries. The CDM recognizes this, and provides developed countries (Annex I) the opportunity to meet part of their GHG emission target through projects in developing countries (non-Annex I). Projects achieving GHG emission reductions in this way are issued Certified Emission Reductions (CERs), which are bought by Annex I countries to put towards meeting their emission reduction targets. This benefits Annex I countries by reducing the cost required to meet their emission target, and benefits non-Annex I countries by facilitating investment and technology transfer and sustainable development. Overall, the CDM aims to ensure that GHG emission targets are met quickly and cost-effectively.

GHG emission reduction projects must satisfy three global criteria to be eligible for the CDM:

The additionality principle is the most important of these, and the most difficult to prove, as it is based on future projections. Additionality assessment requires identifying and comparing the project scenario and alternative baseline scenarios. This involves barrier analysis to show why the project activity would not take place in a business-as-usual case. The Tool for Demonstrating Additionality, by the United Nations Framework Convention on Climate Change (UNFCCC), outlines a five-step process for establishing additionality:

CHP projects can be highly effective in reducing GHG emissions and are technologically mature and often economically attractive, so that they meet the CDM’s objective of reducing GHG emissions cost-effectively. Furthermore, they are flexible and can be adapted to local circumstances. In developing countries, cogeneration can easily be integrated in many industries, including food-processing, taking advantage of biomass residues of the production process. This has the dual benefits of lowering fuel costs and solving a waste issue. Cogeneration projects address both the supply and demand sides of energy, and therefore have a wider impact than most CDM technologies. Furthermore, they provide a long-term solution, so that the resulting CO2 savings are reliable and predictable over the project’s lifetime, unlike for some other project types.

The attractiveness and emission reduction potential of CHP in developing countries make it a good option for CDM projects. However, it complicates the demonstration of additionality, because if projects do not face financial or other barriers, they would be considered baseline, business-as-usual scenarios. However, despite their economic advantages and technological reliability, cogeneration projects around the world do encounter barriers that prevent them from taking place. These include regulatory obstacles, interconnection problems, unfair market practices and fuel availability issues. Such location-specific barriers can therefore be used to show the additionality of CHP projects, so that they become eligible for CDM participation.

Status and potential of CHP in the CDM

‘Clean Development through Cogeneration’, published by WADE in October 2006, reported that at the end of September 2006, 66 cogeneration projects had been approved and registered by the CDM Executive Board, representing 20% of all registered projects, and annual emission reductions of over 3.5 million tonnes of CO2 equivalent (see Figure 1). In addition, it identified significant potential for further cogeneration activities in the main CDM markets of Brazil, China and India. Brazil and India, which have been leading CDM project development, have mainly focused on bagasse-based CHP and projects in other food-manufacturing sectors, but industrial applications are increasingly popular and provide substantial potential for cogeneration and CDM activities (Figures 2 and 3). China has been slower in implementing the CDM, but the country represents about half of the total CDM potential, so opportunities for cogeneration CDM projects in large industry are huge (Figure 4).

The status and potential of CHP projects in the CDM shows that they are not only suitable for reducing GHG emissions effectively, but can also be eligible for the CDM. Two examples of cogeneration CDM projects are described below, highlighting how CDM participation has removed the barriers that these projects face, and thereby made them possible.

The project (Project 478) is located at the Conservas La Costeña – Jugomex food-processing facility in Tulpetlac, Mexico. The wastewater of the production process contains biogas, which is collected in an anaerobic digester, and subsequently flared. The project consists of the installation of a 1 MWe cogeneration engine utilizing the biogas for supplying steam and hot water for on-site use, and electricity for the national grid. The project is projected to reduce GHG emissions by 3705 tonnes CO2 per year, through displacing part of the natural gas used in the industrial process boilers with biogas, and through displacing 20.8 MWh grid electricity per day.

Barriers encountered by the project

Technological barrier: high risk due to the low market share of the new technology adopted
The biogas cogeneration system at Conservas La Costeña is the first operational private biogas CHP project in Mexico. Furthermore, biogas-fired systems account for less than 1% of all private power capacity. Most manufacturing facilities use diesel or natural gas-fired engines, which are cheaper and considered low-risk, but result in higher CO2 emissions. The project is therefore not common practice, and can be considered the ‘first of its kind’.

The biogas from the wastewater at Conservas La Costeñas has a high hydrogen sulphide (H2S) content and low pressure. Traditionally the use of this gas in a cogeneration engine would require the installation of a gas-pressure booster and biogas treatment unit, which would add significantly to the project costs. However, for this project the engine manufacturer developed a new valve system for mixing the biogas (35 mbar) with natural gas (3.5 bar) to produce a combustible gas with higher pressure, lower moisture and lower H2S content than the original biogas. This reduces corrosion in the engine, resulting in a longer lifetime and less chance of breakdown. This technological innovation makes the project unique, and shows that the use of biogas and the consequent emission reductions are additional to a business-as-usual scenario.

CDM contributions to removing the barriers

Status of the project

The Conservas La Costeña biogas cogeneration project became operational on 15 March 2005, and was registered for CDM participation on 19 August 2006. The projected project lifetime is 15 years, and the first crediting period started on 1 March 2006, and can be renewed after seven years. The innovative valve system for mixing biogas and natural gas was installed successfully, and has been operating well since the project became operational.

The project (Project 258) consists of a 30 MWe biomass-fired cogeneration plant at the planned Nueva Aldea Industrial Complex in Ránquil, Chile. This new complex will include a sawmill, a plywoodmill, and a log-processing mill. The CHP plant in phase 1 of the project will be added with a bleached kraft pulp mill in phase 2. In phase 1, 60% of the power produced will be used on-site, leaving 13 MWe to be exported to the national grid. Phase 2 will add 140MWe, increasing the excess capacity by 37 MWe. The cogeneration system uses a Rankine-cycle condensing-extracting steam turbine. The project is expected to achieve emission reductions of 103,000 tonnes CO2/year from displacement of grid electricity and avoided open-air burning of biomass residues.

Barriers encountered by the project

Investment analysis: economically less attractive than one of the baseline scenarios
The NPV of the proposed project is -US$5542 million, compared with $4915 million for a conventional wood-processing plant without on-site electricity generation.

In Chile very few sawmills have been implemented with additional and integrated electricity generation capacity, so using CHP is not common practice, and adds to investment risks.

Phase 1 of the Nueva Aldea power plant requires installing a higher steam pressure system (85 bar) integrated with a sawmill and plywood mills, which are normally not designed to work with high-pressure steam. The use of such on-site CHP generation would require special configuration of the production process to allow it to handle higher levels of steam superheating when the cogeneration unit is off-line.

Sawmills in Chile generally do not use cogeneration, so little skilled manpower is available locally to operate such systems. For this reason much of the engineering for the Nueva Aldea project is subcontracted to Finland and Sweden, allowing for technology transfer and capacity-building, but adding the project cost.

Arauco, the sawmill company, has no experience in the electricity sector, so investing in cogeneration for grid export adds additional risk and requires new skills, for instance for negotiating the power purchase agreement.

During maintenance of the cogeneration unit, Arauco needs to buy electricity from the national grid. To have this facility, it will need to pay a year-round fee for this back-up, even if the maintenance period is limited. This adds to the running cost of the project.

Barrier to enter the electric power industry: co-ordination with other electricity companies

To be able to sell electricity to the grid, Arauco will need to join the dispatch centre for the local grid, CDEC-SIC. This entails co-ordinating the CHP system with network demand and other generators, and therefore complicates operation compared to cogeneration for on-site demand only. Furthermore, as a power producer Arauco becomes liable to fines from the national grid authority in case of system failure.

CDM contributions to removing the barriers

Status of the project

Phase 1 of the Nueva Aldea cogeneration project became operational on 1 January 2005, when the first of three seven-year crediting periods for CERs also started. It was registered for the CDM on 2 June 2006. The first monitoring report for phase 1 stated GHG emission reductions of 147,374 tonnes CO2/year. Phase 2 of the project was scheduled to start operating in July 2006, but is still awaiting approval for CDM registration.

The CDM is an important market mechanism for reducing GHG emissions globally. Since its start in 2005, over 400 projects have registered, and the total potential CDM market is estimated at $2.9-4.3 billion. Brazil, China and India are particularly attractive for CDM projects, but many other developing countries have been putting the mechanisms in place for implementing CDM projects.

Cogeneration projects currently represent about 20% of all registered projects, showing their suitability for CDM participation. However, proving the additionality of CHP projects can be complicated because of their economic performance and technological maturity. However, cogeneration projects often face other barriers, which can be used for establishing the additionality of the GHG emission reductions.

Projects that have registered for the CDM have cited a range of barriers, including the local expertise with CHP, regulatory obstacles, electricity market entry, and fuel availability. CDM participation has helped overcome these barriers by providing additional revenue to mitigate risks, facilitate access to international expertise, and enable technology transfer.

The pioneering work of cogeneration projects that have registered in the first operational year of the CDM has paved the way for more to follow. Many of the basic methodologies for identifying barriers and calculating emission reductions have been developed, and new projects can use this experience for formulating their CDM application.

It can also form the basis of developing new global methodologies for CHP project activities, which can be easily adapted to various local circumstances. It is important to make this information widely available to broaden the range of sectors and countries implementing CHP in the CDM, and to ensure that cogeneration plays a significant role in the CDM and other market mechanisms for reducing GHG emissions. 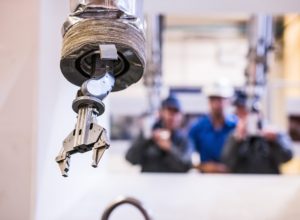