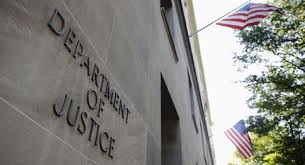 Alstom is facing a record fine from the US Justice department, in a case centring around a $118m contract to provide boiler services at a power plant in Sumatra, Indonesia.

Alstom executives, together with Marubeni Corp., a Japanese commodity-trading company, are being charged with allegedly using intermediaries to funnel money to a member of Indonesia‘s parliament and officials at Perusahaan Listrik Negara PT, a state-controlled electricity company known as PLN, according to court papers.

The anticorruption action against the French equipment manufacturer has now been expanded to include power projects in China and India, according to court documents in a related case. Settlement talks haven’t begun, the company told Bloomberg.

Alstom had set aside $54m as of March 2013 to cover bribery probes and legal matters, according to a company report, but Michael Volkov, a former federal prosecutor told Bloomberg that he estimates Alstom could face penalties of over $800m settlement.

“It’s impossible to say at this point what the parameters of the potential settlement might be, what projects it might encompass or how large it will be,” Luskin said in an interview. “Any effort to do that would just be speculation at this point.”

In addition to the US, Alstom is being investigated by the UK and Brazil.

Of four former Alstom executives who have been charged, two have already pleaded guilty and agreed to help prosecutors. Marubeni also pleaded guilty to bribery violations on March 19 and said it would cooperate with the investigation.