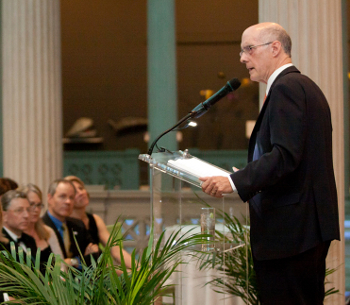 The American Council for an Energy-Efficient Economy (ACEEE) has published a study ranking the world’s 16 major economies according to which countries had done the most to gain energy efficiency.

Germany tops the second annual league table from the ACEEE while the US and Australia are close to the bottom of the list.

The rankings are based on assessment of 31 metrics, covering energy efficiency policies and actual performance across buildings, industry and transportation.

Italy came second, with the help of its efficiency in transit, and the European Union as a whole came third. China and France both tied for fourth place, with Britain rounding out the top five.

Germany took the top spot because of its mandatory codes requiring both residential and commercial buildings to reduce energy consumption by 20 per cent, putting them at 2008 levels by 2020.
Philipp Ackermann, the deputy chief of mission at the German embassy in Washington, told reporters on a conference call: “We all agree, I think – the cheapest energy is the energy you don’t have to produce in the first place.

“Energy efficiency is the second pillar of Germany’s transformation of its energy system alongside the expansion of renewable energies. Every kilowatt hour of electricity that is not consumed saves on fossil fuels and the construction of power plants and grids,” he added.

The US, the world’s largest economy, registered at 13th place. The study said the US has made some progress but wastes a “tremendous” amount of energy.

“Countries that use energy more efficiently use fewer resources to achieve the same goals, thus reducing costs, preserving valuable natural resources, and gaining a competitive edge over other countries,” she said. “In the US, we need to do more on energy efficiency to remain competitive in an increasingly tough global marketplace.”