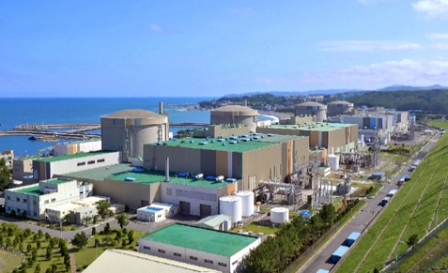 South Korea’s nuclear regulator announced today that it has given the nation’s second-oldest nuclear power plant a new lease on life, renewing its operating license until 2022.

According to the Nuclear Safety and Security Commission (NSSC), seven of nine commissioners voted to restart the Wolsong 1 reactor in Gyeongju city, 275 km south of Seoul, after a 14-hour meeting. Two commissioners reportedly abstained from the vote after requesting more time to study the reactor’s safety.

The decision was the first such approval in South Korea since Japan’s Fukushima disaster in 2011 and was preceded by contentious public debate, with opponents arguing that the plant (pictured) did not meet current safety standards, while supporters said the safety concerns were exaggerated and the plant’s power is necessary for the nation, which is an oil and gas importer. The regulator said in a statement that it had reviewed the plant’s ability to withstand natural disasters.

The 678 MW plant, which came online in 1982, has been offline since its license expired in 2012. It is South Korea’s only nuclear power plant using Candu 6 pressurized heavy water reactors.

State-owned operator Korea Hydro and Nuclear Power said it had spent $509m on upgrades to the reactor before applying for approval to restart. The NSSC also conducted stress tests, leading to a statement issued in October 2014 by the Korea Institute of Nuclear Safety (KINS) that the reactor was safe for operation until 2022 if engineering improvements were undertaken over the long term. But at a subsequent NSSC meeting in January, the commission again tabled the decision, calling for further input on seismic safety.

South Korea’s 23 nuclear power plants provide 28 per cent of its electricity. The nation’s oldest nuclear plant is the 576 MW Kori 1, which began commercial operation in 1978.