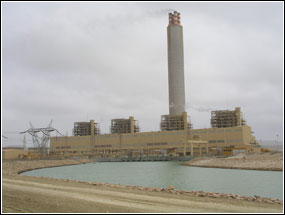 The state of Pakistan’s power infrastructure has come under the spotlight after a two hour nationwide black-out on Sunday.

The black out was caused by the breakdown of the 1200 MW HUBCO oil-fired plant in Baluchistan province. What is described as a ‘cascading effect’ subsequently stopped power plants around the country.
While underinvestment in the grid frequently causes power cuts in Pakistan, outages across the whole country are not common.

Officials have yet to discover the exact causes of the technical fault at the plant.