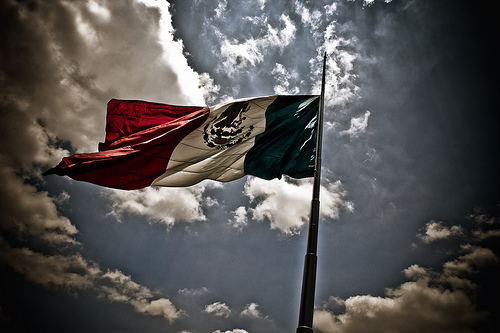 As part of the lead-up to this year’s United Nations climate summit in Paris, Mexico has announced an ambitious emissions reduction strategy.

Under its terms, the nation aims to reduce its greenhouse gas emissions by 22 per cent below business-as-usual levels by 2030, with emissions to peak by 2026. In addition, emissions of “short-lived climate pollutants (SLCPs)” – for example, methane and soot – are to be cut by 25 per cent by 2030.

Although its targets were set unconditionally, Mexico also noted that, if given financial and technological support from developed countries or if an international carbon price is agreed, its 2030 greenhouse gas reduction target could be increased to 36 per cent and its SLCP target to 40 per cent.

Mexico is the first developing nation to respond to a UN request for countries to declare their climate goals – so-called Intended Nationally Determined Contributions (INDCs) – by the end of this month. The EU, Norway and Switzerland have already filed their plans with the UN, with the US and China expected to also meet the deadline.

Mexican Foreign Relations Secretary Jose Antonio Meade noted that the announcement “makes Mexico the first emerging market and the first developing country to make a tentative pledge to the Paris Accord”, while the US said in a statement that “Mexico is setting an example for the rest of the world by submitting an INDC that is timely, clear, ambitious, and supported by robust, unconditional policy commitments”.