China is expected to balance supply and demand within this year but many challenges to the electric power industry still remain.

For China’s 1.3 billion population things are now much brighter than they were a few years ago. In 2004, the country experienced chronic power shortages, particularly in key growth areas. Now just two years later, the Chinese government is predicting that supply will match demand within the year. But while this is good news for the people of China, the electric power generation industry has been challenged by many difficulties. Joseph Jacobelli, head of Merrill Lynch regional utilities, highlights what electric power generation companies in the past two years have faced:

Although still experiencing robust growth, China’s power situation today is light years from the chronic power shortage scenario of 2003/2004. In February this year, the China Electricity Council published its analysis of China’s power sector and gave an outlook for 2006. Official figures state that installed capacity at the end of 2005 was 508.4 GW, a year-on-year increase of 14.9 per cent. In 2005, the country added 65.9 GW. This is believed to be the largest amount ever added, exceeding the 51 GW added in 2004. Most of the new capacity (55 GW) was in the form of thermal generation, predominantly coal fired plant and some gas (10 GW). In the first five months of 2006, the China Electricity Council said that 25 446 MW had been added (including 23 189 MW of thermal generation and 2167 of hydro generation) and another 49.6 GW should be added during the rest of the year.

Electric power demand is still dominated by demand from the industrial sector, which accounts for more than 75 per cent of consumption.

The largest markets over the next five years – in terms of installed capacity and power sold – are likely to be the north, central, east and south China grids. The east China electric power market, which includes Shanghai city and the provinces of Anhui, Fujian, Jiangsu and Zhejang is the largest of the regions.

A huge building programme accelerated under the 10th Five Year Plan (2001-2005) aimed to balance supply and demand by 2010. Shortages are, however, expected to disappear by the end of this year. The balance should appear despite continued strong power demand growth. The China Electricity Council and State Grid Corporation of China forecast that power generation should increase by 12 per cent year-on-year in 2006.

Jacobelli says authorities anticipate an additional 75 GW being added in 2006 and 82 GW in 2007, and expects a power surplus to be observed over the near term. However, he acknowledges that it is difficult to accurately forecast the amount of power surplus in 2007 and 2008, since it depends on the consumption of energy intensive industries, central government macro tightening policies as well as weather patterns. Nevertheless, when taking into account 75 GW of additional installed capacity, an increase of 14.8 per cent year-on-year, the result is a decrease in average nationwide utilization rates. This average will fall from an estimated 59.2 per cent in 2005 to 57.8 per cent in 2006 and to 54.4 per cent in 2007, Jacobelli estimates. The China Electricity Council and State Grid Corporation of China expect the fall to be sharpest in eastern China and possibly in north China.

The power shortages of the past few years have led to plant utilization rates that average 58-59 per cent. In 2005, however, utilization rates of thermal plant began to decline. This was due to the fact that much of the new capacity was installed in the second half of 2005.

With electricity tariffs still being tightly controlled by the National Development and Reform Commission (NDRC), falling utilization rates are unlikely to have much impact on either wholesale or retail power tariffs. However, if demand falls below falls below ten per cent, industry analysts believe that the NDRC is likely to approve fewer new plants. Jacobelli believes that an unofficial moratorium already exists on the approval of new plants that are slated to commence construction in 2008. This is, however, only expected to affect coal fired plants and possibly some gas fired plants.

Under this scenario, the ‘Big Five’ electric power generation groups and their subsidiaries may choose to delay construction of new power plants since operating power plants in a low utilization environment will negatively impact profits. With the main challenge being obtaining approval from the NDRC and obtaining construction permits, power developers may be inclined to begin the approval process but delay actual construction until conditions are favourable. Any delay would, however, have to be approved by the local electric power grid company since the plant would be part of the long term dispatching plan.

Should gas generation capacity targets be cut, it is unlikely that nuclear would substantially replace the 33 GW of combined-cycle plants targeted in the next 15 years. This is due to the high construction cost, long approval period and construction time. Jacobelli estimates on average, nuclear installed capital cost in China is about $1450/kW compared to $500/kW for coal and for gas and $1100-1200/kW for wind. Nevertheless, China still has ambitious plans to increase nuclear generation. “It plans to increase nuclear from about 7 GW in 2005 to 40 GW in 2020 and potentially a further 25 GW by 2025 or 2030 assuming all planned projects go ahead,” said Jacobelli.

Jacobelli is positive on the growth of electric power generation from renewable energy sources (RES). China has been aggressively promoting RES. In February 2005, it published the Renewable Energy Law, which was enacted in January 2006. While policies are a move in the right direction, there is still lack of financial incentives for developers to build generation based on some RES such as wind. This creates an unfavourable short-term environment where investment risks will be high and returns uncertain.

Although renewable power generation may not be economically viable at the moment, the growth of this sector will help reduce reliance on thermal coal, gas and oil, which have all faced challenges.

China experienced acute thermal coal supply disruption between the fourth quarter of 2003 and the first quarter of 2005. Reducing reliance on coal will also help China reduce emissions. To help ease rising fuel costs and stabilize supply, there have been moves by generators to invest in coal mines. For example, China Resources Power Holdings (CRP), the country’s fourth largest power producer, recently announced plans to buy two coal mines in Shanxi province. The company noted that coal prices had stabilized but at a high level. The average cost of coal to fuel CRP’s 14 power plants rose 21 per cent in 2005. In the first four months of 2006, their unit fuel costs fell by four per cent after the company secured coal supply contracts with longer and more favourable terms. When the purchase of the two coal mines is finalized later this year, the start of coal production is expected to provide the company with significant cost savings.

Meanwhile, there have been disruptions to natural gas supply to power plants since the fourth quarter of 2005. This has forced authorities to re-evaluate its 2020 targets for gas fired generation. Last winter saw an interruption in production in some large gas fired power plants along China’s major West-East pipeline. According to energy experts, this was partly due to the high price of natural gas. According to the CEC, gas shortages have affected some 4 GW of gas fired units in east China – a figure which is expected to rise to 6 GW this year.

Domestic uranium is also in short supply. The World Nuclear Association states that there are only sufficient proven reserves to support the country’s short term programme. Accordingly, China has been in talks with Australia for the import of uranium. The Australian Department of Foreign Affairs stated that an agreement on the import of Australian uranium by China “is expected to be signed in the near future”.

While fuel supply and price is the main concern at present, the industry has other challenges to overcome. The authorities are still finding their way with market reform and there is still much work to be done on reforming tariff mechanisms.

Another challenge is rising debt. Based on current costs, according to Merrill Lynch, China will have to spend about $916 billion (not accounting for inflation) in developing its generation capacity and transmission and distribution network.

Although challenges remain, China has emerged from the darkness of recent times and there is light at the end of the tunnel. 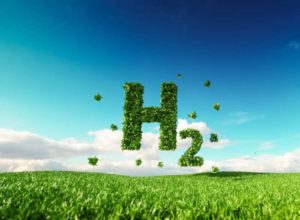