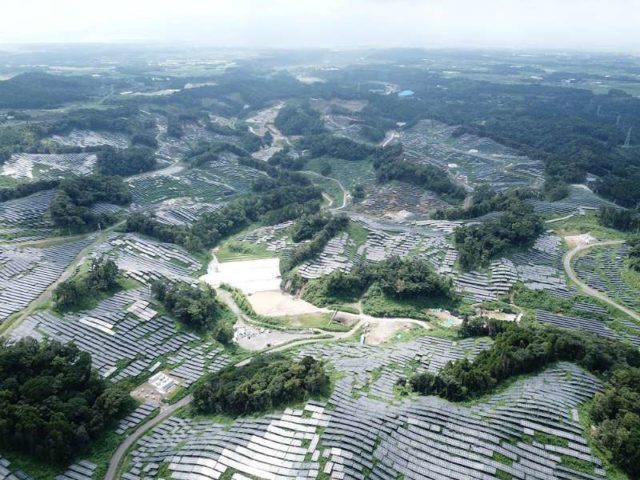 The plant has a peak generating capacity of approximately 100 MW or 117,000MWh/year, equivalent to the power used by approximately 39,300 typical households. It is situated in Kanoya City and the Town of Osaki in Kagoshima Prefecture, Japan.

Project planning began in January 2014, as the local community expressed interest in repurposing land designated for a golf course more than 30 years ago that was subsequently abandoned.

Under the agreement, Kanoya Osaki Solar Hills LLC will manage operations of the facility. A consortium established by Kyudenko and GF is undertaking design, construction, and maintenance of the power plant, and Kyocera is supplying high-efficiency solar modules. Tokyo Century is responsible for the financing arrangement, with Tokyo Century and The Bank of Fukuoka, Ltd. jointly arranging a syndicated loan with 17 regional banks.

Kanoya Osaki Solar Hills LLC has been working on the construction of the site with the cooperation of Kagoshima Prefecture, Kanoya City, the Town of Osaki, and other members of the community.

“We believe that this installation will contribute greatly to the local community through the creation of jobs and increased tax revenues in both Kanoya and Osaki. In addition, considering the site’s impact on its surrounding natural environment, we aimed to build a power plant with an environmentally friendly design to minimize land development impact. Through this project, we will continue to promote renewable energy, environmental protection and a more sustainable society,” according to the release.