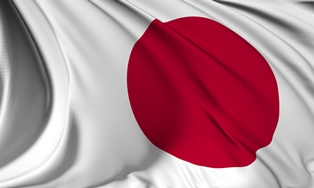 Japan could become one of the Asia-Pacific region’s top markets in smart grid development but it has significant hurdles to overcome, according to a new report.

The analysis from research and consulting firm GlobalData says that Japan’s increased focus on smart grid deployment is part of its plans to boost energy efficiency and power generation from renewable sources.

The report states that Japan was among the first countries globally to invest in smart grid research and development in the early 2000s, with the New Energy and Industrial Technology D

Last year, the Ministry of Energy initiated a new programme to encourage microgrid development in Japan. With a budget of $7m provided annually for three years, the programme makes funding available for independent demonstration projects, such as electric vehicles for mobility and storage, renewable energy production and storage systems, and energy efficiency optimization.

GlobalData’s senior power analyst Sowmyavadhana Srinivasan said: “Following the Fukushima nuclear disaster in 2011, Japan suffered substantial damage to its grid infrastructure, along with a reduction in its base load generation. Consequently, there are more efforts to increase the country’s energy efficiency and renewable power generation.

“However, the proliferation of renewable power projects in Japan is hindered by numerous difficulties with connecting to the grid, which is currently divided into 10 regions and operated by 10 different utilities. One of the major challenges for developers in 2014 was the requirement for an improved transmission system.”

According to Srinivasan, this is further compounded by the fact that it had previously taken around three to four years for developers to overcome all regulatory hurdles involved in implementing renewable projects.

However, Srinivasan added: “This lengthy approvals process has led the Japanese government to reduce the waiting period to less than two years. Combined with the possible establishment of a centrally-operated grid, this may allow projects to be set up in less time, enabling the renewable sector to become a significant part of the country’s power network.

“Renewable energy accounted for only 10 per cent of Japan’s total installed capacity in 2014, but we expect this to grow to 19 per cent by 2025.”