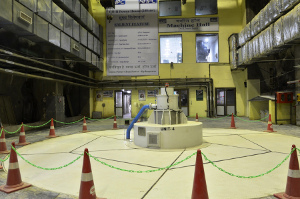 The 240 MW plant, comprised of four 60 MW units, is located on the river Jhelum near Uri, in the Baramulla district. It uses downstream water discharge from the 480 MW Uri I hydropower plant.

Synchronization of Uri II’s four Francis vertical turbines was completed in phases, Alstom said, with units 1 and 3 synchronized in September 2013 and unit 2 in November 2013. Unit 4 was synchronized in February 2014.

The project was challenging due to limited water availability during commissioning and difficult terrain, Alstom said.

Developer NHPC Ltd awarded Alstom the Uri II contract in 2007.  The scope of work included turnkey execution of the electromechanical package comprising hydro turbines, generators and auxiliaries, according to the company.

Frederic Teyssedou, unit managing director of Alstom Hydro India, said, “Following the successful execution, this project is certainly amongst major references for Alstom Hydro in India. The team overcame the challenges presented by the project and worked relentlessly to stick to the timelines. The completion of the project and satisfaction of our customer is testimony of the efforts and commendable work done by the team.”