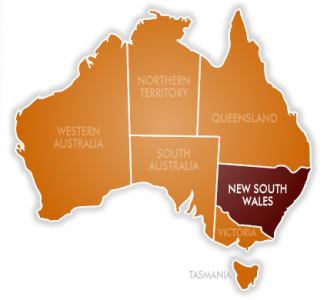 According to reneweconomy.com, the consortium hopes to become Australia’s first community owned retailer, with big plans to build, generate and sell renewable energy in the northern rivers region of NSW around Byron Bay and Lismore.

Germany has led the way in community energy with local network operators owned by local councils. Now Australian operators believe they have the resource to emulate that.

Northern Rivers Energy has won a $54,000 grant to develop a business plan and conduct a feasibility study. The plan includes creating a company with both retailing and generation, and an asset management arm that could invest in generation, help finance rooftop solar and distributed generation for poorer households and, maybe some time down the track, even help buy back the grid.

NRE spokesperson Alison Crook says community owned retailers are needed because the major utilities are not delivering what the community wants.

“There is no interest whatsoever in getting more renewable energy used in the area. All sorts of disincentives are being put in place … and we are told we have to use gas, and other stuff that we don’t need.”

“We think if it can be done anywhere, it can be done here,” she told RenewEconomy in an interview. “If we can demonstrate it can work, and there is no reason it shouldn’t be because if it is working in other countries, then others will follow.

“Here in the Northern Rivers we have all the ingredients necessary to demonstrate that communities can meet their energy needs without relying on fossil fuels and can live in greater harmony with the environment, and still flourish.”

The consortium hopes that the retailer can be in place in 2015. So far it is being cautious about predicting the size and scope of the business until it has completed its feasibility study.

Consortium member Patrick Halliday, director of Byron Bay-based solar installer Juno Energy, says much of the renewable energy will be based around rooftop solar and solar hot water. There is already a high take up in the region.

The money for the business plan and feasibility study is being made available by the Total Environment Centre, an NGO, and NSW Government’s Office of Environment and Heritage.